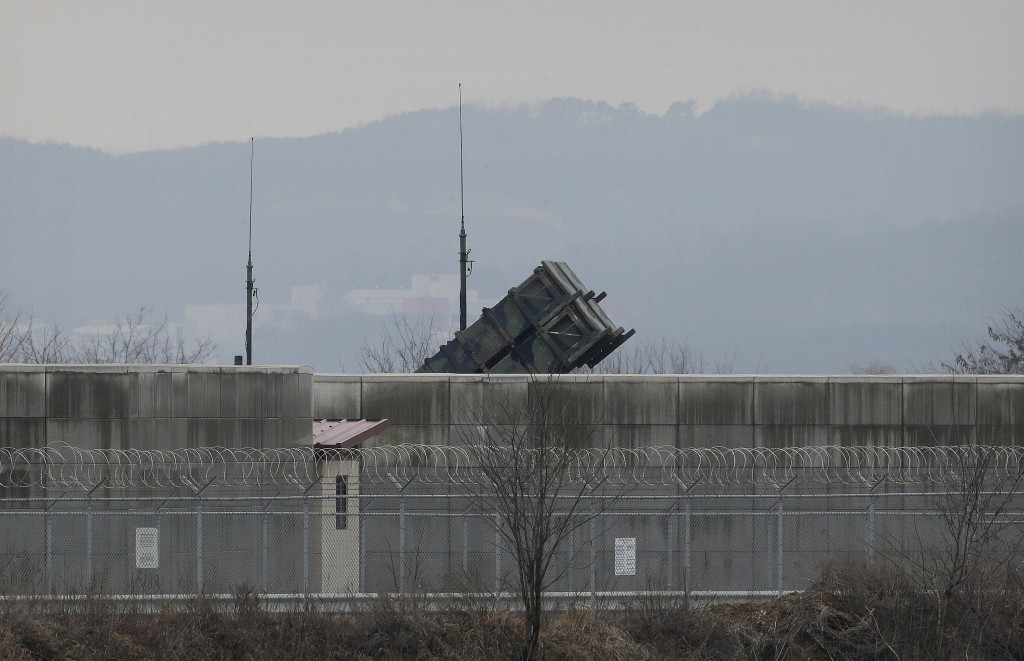 North Korean leader Kim Jong Un has praised scientists involved in the country’s recent rocket launch that he said struck a “telling blow” to enemies and ordered them to press ahead with more launches, state media reported Monday.

Earlier this month, North Korea ignored repeated international warnings and launched what it said was an Earth observation satellite aboard a rocket. Washington, Seoul and others view the launch as a prohibited test of missile technology and are pushing hard to have Pyongyang slapped with strong sanctions.

The North’s official Korean Central News Agency (KCNA) said the ruling Workers’ Party on Saturday gave a banquet in honor of scientists, officials and others who it said contributed to the Feb. 7 rocket launch. Kim and his top deputies were present.

In a speech, Kim said the launch gave confidence and courage to his people and dealt a “telling blow to the enemies seeking to block the advance of our country,” KCNA said, in an apparent reference to Seoul and Washington.

Kim said the North’s launch decision was made when “the hostile forces were getting evermore frantic to suffocate” North Korea, and called for launching more working satellites in the future.

The launch, which followed the North’s fourth nuclear test last month, aggravated already strained ties between the rival Koreas. Last week, Pyongyang expelled all South Korean workers from a jointly run factory park in the North and put the area in charge of the military in retaliation for Seoul’s decision to suspend operations there.

Seoul on Sunday accused North Korea of having channeled about 70 percent of the money it received for workers at the Kaesong factory park into its weapons programs and to buy luxury goods for the impoverished nation’s tiny elite.

North Korea was able to divert the money because the workers in Kaesong were not paid directly. Instead, U.S. dollars were paid to the North Korean government, which siphoned off most of the money and paid only what it wanted to the employees in North Korean currency and store vouchers, according to a statement from Seoul’s’ Unification Ministry.

The South Korean government estimate did not detail how it arrived at that percentage. North Korea has previously dismissed such views.

The jointly run park, which was the Koreas’ last major cooperation project, employed about 54,000 North Koreans who worked for more than 120 South Korean companies, most of them small and medium-size manufacturers. The project, which began during an era of relatively good relations between the Koreas, combined cheap North Korean labor with the capital and technology of wealthy South Korea.

While the Kaesong closure will hurt North Korea, it is not critical to that nation’s economy. North Korea gets the vast majority of its earnings from trade with China.