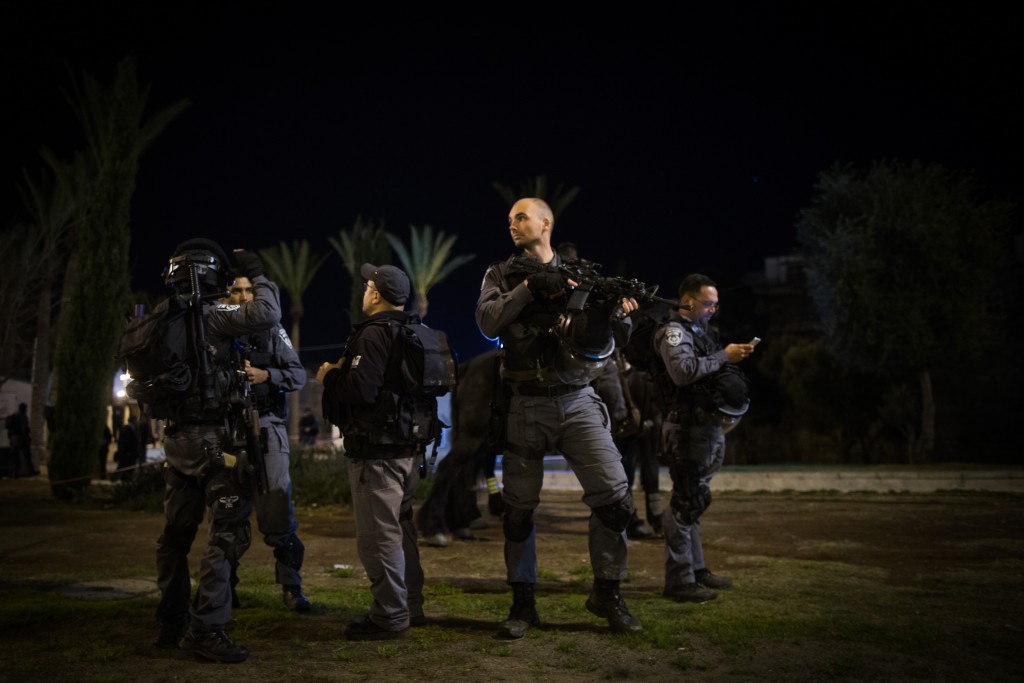 One of two terrorists who carried out a terror shooting attack at the Damascus Gate in Yerushalayim Sunday night was a member of the Palestinian Authority police – the third PA policeman to be involved in terror incidents in recent weeks, Israel Radio reported Monday. The attack occurred late Sunday night. Both terrorists were killed before they could shoot anyone.

Police said that the two had aroused suspicions of security officers, who demanded to inspect a bag one of them was carrying. Instead, the PA policeman, Omar Ahmed Amru, pulled out an assault rifle, but was shot and killed before he could open fire. Meanwhile, the second terrorist, Mansour Yasser Shawamra, began shooting as well, but he was killed before he could hit anyone.

There were no Israeli casualties. The terrorists were found to be carrying several weapons, including knives and bombs. Israeli officials are investigating the possibility that Amru had been trained in Jordan, as part of a program that the U.S. instituted to train PA police, under the leadership of U.S. Army General Keith Dayton, Israel Radio reported.

Riots broke out Monday morning at the Al-Amri refugee camp near Ramallah as IDF troops entered the camp to arrest a Tanzim Fatah terrorist who was trading in illegal weapons. One soldier was injured in rock throwing by rioters. IDF soldiers used antiriot methods to break up the crowd. Sources in Ramallah said that the soldiers did not find the suspect at home but made three other arrests, Israel Radio said.

Overnight Sunday, security officials said they had arrested 10 wanted security suspects in Yehudah and Shomron. The suspects were wanted for participating in rioting and throwing stones and firebombs that endangered Israeli civilians and IDF soldiers. Several of the suspects were also charged with belonging to Hamas. All were being questioned on their activities by security forces.