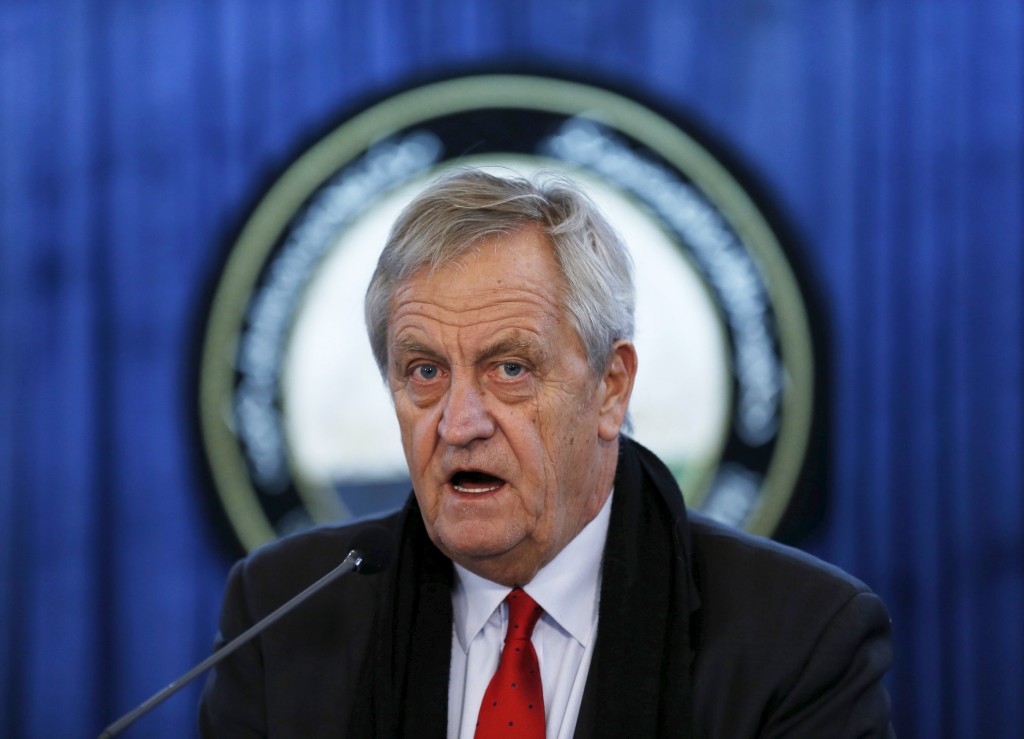 Civilian injuries in Afghanistan’s long war with the Taliban rose last year, with women and children again bearing the brunt of the violence, the United Nations said in a report on Sunday.

The figures mark a 4-percent drop in civilian deaths, but a 9-percent rise in civilian injuries, compared to 2014.

The U.N.’s Assistance Mission in Afghanistan said 2015 had the “highest number of total civilian casualties recorded by UNAMA since 2009.”

It also said that 10 percent of civilian casualties were women, up 37 percent from the year before. It said 25 percent were children, up 14 percent.

“The most important finding in the report is that 11,002 Afghans — civilians, noncombatants — have died or been injured in 2015; this figure surpasses by 4 percent the same figure for 2014,” said UNAMA head Nicholas Haysom.

“The truth is the figures in themselves are awful — over 11,000 Afghans died or were injured last year as a result of this conflict,” he said.

The report found that most of the dead and injured were caught in crossfire.

The annual report, titled Protection of Civilians in Armed Conflict, is based on on-site investigations where possible.

It attributed 62 percent of all civilian casualties to anti-government elements, which includes the Taliban who have been fighting to overthrow the Kabul government for 15 years.

Another 17 percent were blamed on pro-government forces and 2 percent on international military forces. The U.S.-NATO combat mission ended in 2014, with troops reduced to around 13,000. While they officially have a “train, advice, assist” mandate, the U.S. forces regularly conduct air strikes to back up Afghan forces, and are empowered for “force protection,” which can see them engage in self-defensive combat.

The UNAMA report highlighted large-scale attacks in the capital Kabul, particularly two suicide attacks on Aug. 7 that it said caused 355 civilian casualties, including 43 dead and 312 wounded. “This was the highest number of civilians killed and injured in one day since UNAMA began systematically recording civilian casualties in 2009,” it said.

The Taliban’s assault on the northern city of Kunduz, on Sept. 28, also caused significant civilian casualties, it said, with 493 civilian deaths and 1,392 injured during weeks of fighting after the terrorists took control. The vast majority of the casualties were the result of ground engagements between the government forces and terrorists between Sept. 28 and Oct. 13, it said.

“Ground engagements between parties to the conflict caused 1,116 deaths and 3,021 wounded, up 15 percent on 2014 and the leading cause of civilian casualties in Afghanistan,” UNAMA said.

It added that improvised explosive devices, such as roadside bombs, caused 713 deaths and wounded 1,655 people. “While this represents a 20-percent decrease, it is still the second-leading cause of civilian casualties in Afghanistan,” it said.

In a statement, Abdullah said the Afghan government’s own data showed attacks in more than 24 of the country’s 34 provinces which were not included in the UNAMA report.

He said that unattributed civilian casualties — which UNAMA puts at 17 percent — should mostly be blamed on the Taliban. “UNAMA’s decision to not attribute such a large number of civilian deaths misrepresents reality and could help the Taliban and other terrorist groups avoid accountability and escape justice,” his statement said.