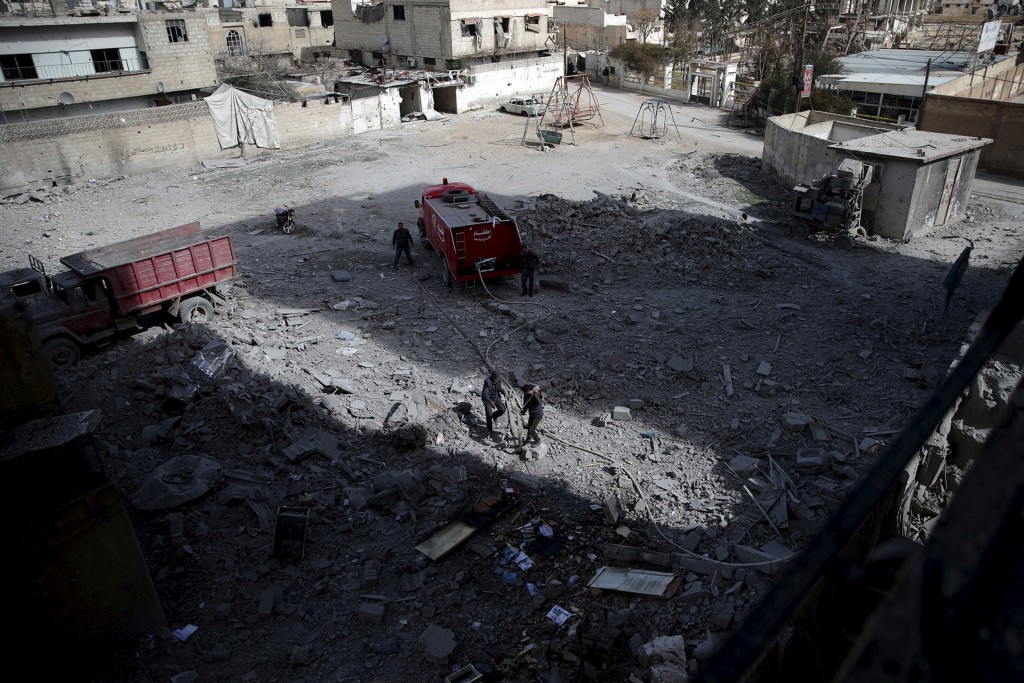 The Turkish army shelled Kurdish militia in northern Syria for a second day Sunday, while Russia made clear it would continue bombing Syrian rebel targets, raising doubts that a planned ceasefire will bring much relief.

Major powers agreed on Friday to a limited cessation of hostilities in Syria but the deal does not take effect until the end of this week and was not signed by any warring parties – the Damascus government or the numerous factions fighting it.

Meanwhile, Russian bombing raids directed at rebel groups are helping the Syrian army to achieve what could be its biggest victory of the war in the battle for Aleppo, the country’s largest city and a commercial hub before the conflict.

The situation has been complicated by the involvement of Kurdish-backed combatants in the area north of Aleppo near the Turkish border, which has drawn a swift military response from artillery in Turkey.

The Kurdish YPG militia, inadvertently assisted by the Russian air raids, seized an ex-military air base at Menagh last week, angering Turkey, which sees the YPG as an extension of the PKK, a Kurdish group that waged a bloody terror campaign on Turkish soil over most of the past three decades.

Turkey began shelling while demanding that the YPG militia withdraw from areas it has captured from Syrian rebels in the northern Aleppo region in recent days, including the Menagh air base. The bombardment killed two YPG fighters, according to the Syrian Observatory for Human Rights.

Other fronts were also active on Sunday.

Kurdish-backed forces were fighting with rebel groups near Tel Rifaat in the northern Aleppo countryside, while further south, government forces renewed their shelling of rebel positions to the northwest of Aleppo city.

The Observatory also reported air strikes by jets believed to be Russian, in areas east of Damascus, north of Homs, and in the southern province of Deraa.

Efforts to deliver humanitarian aid were being threatened by the latest escalation of violence.

“We must ask again, why wait a week for this urgently needed cessation of hostilities?” says Dalia Al-Awqati, Mercy Corps Director of Programs for North Syria.”Each delay places innocent civilians at greater risk and impedes our efforts to support the half a million people who depend on us for food and other essential supplies.”

As the fighting continued, the Syrian army urged citizens in Deraa province, the Ghouta area east of Damascus, and in rural districts east of Aleppo, to quickly seek out “reconciliation” with the government.

So-called local reconciliation agreements are often seen as a means for the government to force surrender on terrorists, and have typically followed lengthy blockades of rebel-held areas and the civilians living there.