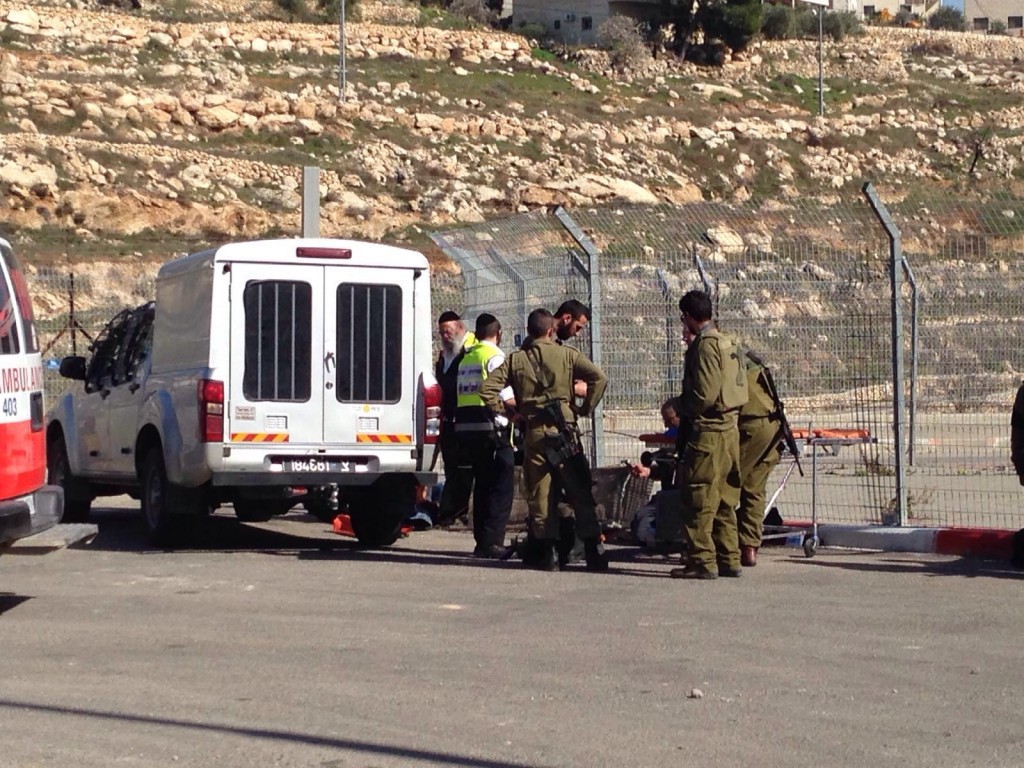 An Arab terrorist was killed Sunday afternoon in the third failed terror attack of the day. Border Police officers prevented a stabbing attack at a checkpoint outside Yerushalayim, an Israel Police spokesperson said.

A terrorist brandishing a knife, charged toward a group of police at the Mazmoriya checkpoint, between Tekoa and the Har Choma neighborhood in southern East Yerushalayim, police said.

Another officer who was watching the area via a security camera, saw the man charging with the knife and warned the officers.

A policeman shot and subdued the terrorist before any Israeli security personnel could be harmed. The terrorist later died of his wounds.

In light of the incident, the road from Tekoa to Yerushalayim was closed to traffic.

Earlier Sunday, Arab terrorists opened fire on IDF soldiers in northern Shomron. The incident occurred near the village of Arka, outside Jenin. Soldiers returned fire, eliminating the two terrorists who had fired at them. There were no injuries to Israeli forces.

In a separate incident, IDF soldiers discovered a bomb that had been rigged to be set off by a cellphone. The bomb was discovered near Mt. Eval, near Shechem. IDF bomb squad experts removed the device and dismantled it. There were no injuries in that incident either.