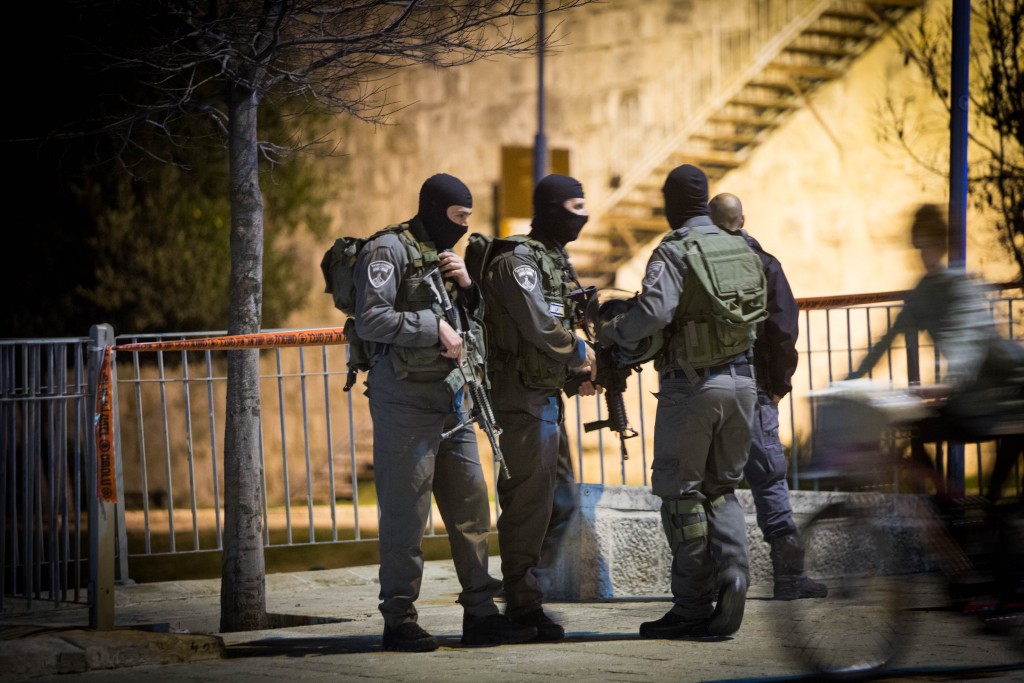 Two Arab terrorists carrying automatic machine guns attempted to attack border police at Shaar Shchem in Yerushalayim. An initial investigation revealed that, b’chasdei Hashem, the police patroling at Shaar Shchem spotted the young terrorist. When his bag aroused their suspicions, the police came close to him, calling on him to stop and drop the bag. The terrorist pulled out an improvised automatic weapon, and aimed at the officers, who responded quickly, professionally and accurately and, baruch Hashem, neutralized the terrorist.

While that was going on, someone else opened fire at the policemen from about 100 yards south of Shaar Shchem.

Police officers and soldiers immediately sought the source of the fire—another terrorist with automatic weapons— fired accurately and neutralized him. The police later spotted the bag and found a professional rigger knife in it.

No police were injured in the shooting.

The terrorists were in their 20s, and were from the areas of Yehuda and Shomron.

Deputy Commander of the Yerushalayim District lauded the “rapid, professional determination that led to the rapid resolution of the attack and prevention of loss of life.”