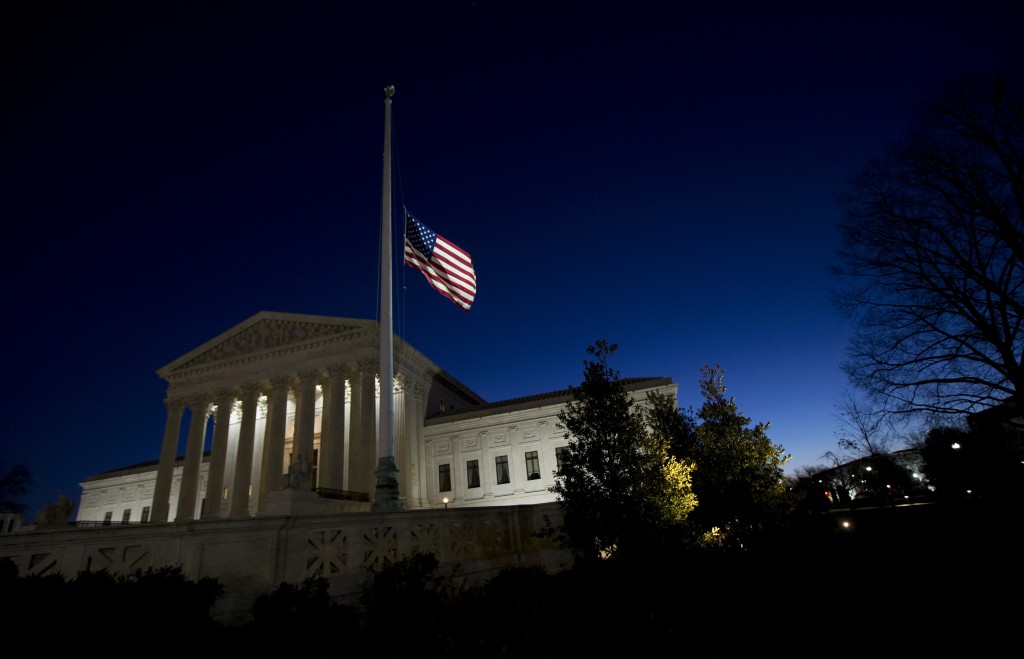 A presidential proclamation has ordered flags to be flown at half-staff at the Supreme Court, the White House, and elsewhere in honor of the late Justice Antonin Scalia.

While the flags are lower, the political heat over the vacancy on the nine-member court is now higher.

At issue is the right of Democratic President Barack Obama to make a nomination, and the role of the Republican-led Senate in confirming that choice.

Obama pledges a nomination “in due time.” Senate GOP leader Mitch McConnell thinks it should wait for the next president.

Ted Cruz, one of two GOP senators running for president, told the NBC: “…a lame-duck president in an election year is not going to be able to tip the balance of the Supreme Court.”