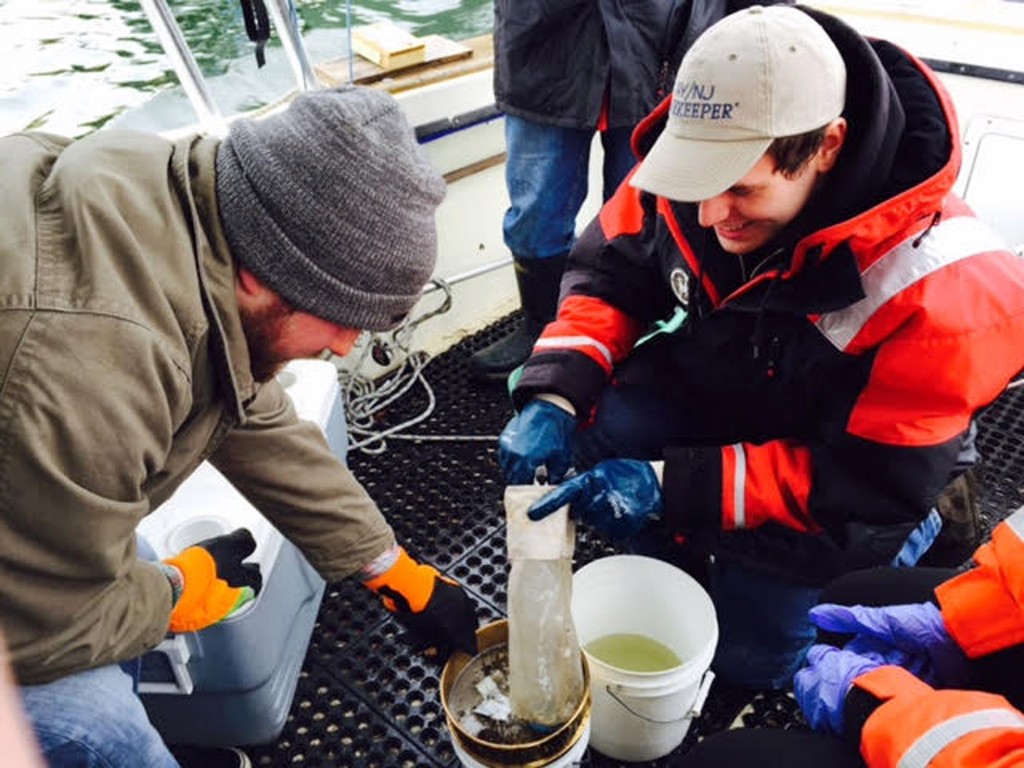 The waterways surrounding New York City are a soup of plastic, ranging from discarded takeout containers down to tiny beads, that end up in the food supply, according to a new report by an environmental group.

The study, by the group NY/NJ Baykeeper, estimated there are at least 165 million plastic particles floating in New York Harbor and nearby waters at any given time. The report was based on samples collected by trawlers that plied the city’s East River, the mouth of the Hudson River, and New Jersey’s Passaic River and Raritan Bay between March and August 2015.

The average concentration of plastics was 256,322 particles per square kilometer, according to the report.

To maybe nobody’s surprise, the highest concentration, 556,484 particles per square kilometer, was found in New York City’s East River, which separates Manhattan from Brooklyn and Queens and is known for its floating filth.

The New York-New Jersey study was modeled on a pioneering study of the Great Lakes conducted by Sherri Mason, a chemistry professor at the State University of New York in Fredonia. That study found plastics pollution in all five lakes, with the highest concentration in Lakes Erie and Ontario, which are ringed by urban centers and industry.

In New York Harbor, as in the Great Lakes, tiny plastic microbeads used as a scrubbing agent in cosmetics accounted for tens of millions of the particles.

The Baykeeper study found that 85 percent of the plastic particles were smaller than 5 millimeters in diameter. Reacting to growing alarm over the tiny plastic particles, Congress passed the Microbead-Free Waters Act of 2015, which will force companies to stop using plastic beads in their products by July 2017.

Mason, who served as a consultant to the Baykeeper report, said the tiny particles also include plastic shavings that are a byproduct of the manufacture of plastic bottles and other items. The shavings typically get washed down drains and end up in water systems, she said.

The proliferation of microplastics is troubling, Mason said, because fish mistake the plastic specks for food and ingest toxic chemicals that stick to the particles, as well as the particles themselves.

“The plastic acts like a poison pill,” she said.

According to research cited in the Baykeeper study, microplastics have been found in shellfish and finfish and are probably ingested by humans who eat the fish and unknowingly consume cancer-causing chemicals, including PCBs and dioxins that adhere to the plastic particles.

The study lists steps that consumers can take to curb plastics pollution, such as bringing reusable bags to grocery stores, avoiding cosmetics that contain plastic beads, and composting food waste, thereby using fewer garbage bags. “Realizing that we’re the source of the problem also means that we’re the solution to the problem,” Mason said.

Amy Spitalnick, a spokeswoman for New York Mayor Bill de Blasio, said reducing plastics and other waste is a priority for the administration. The city’s Department of Environmental Protection has installed litter-capture devices in sewers that have caught more than 200 tons of litter and debris over the last three years, Spitalnick said.

Additionally, the city has sponsored a public awareness campaign urging New Yorkers to bring their own mugs, bags and bottles rather than using disposable items.

A citywide ban on plastic-foam food containers was overturned by a judge last year, but Spitalnick said city officials are working on a new version of the ban that would be consistent with the court’s ruling.