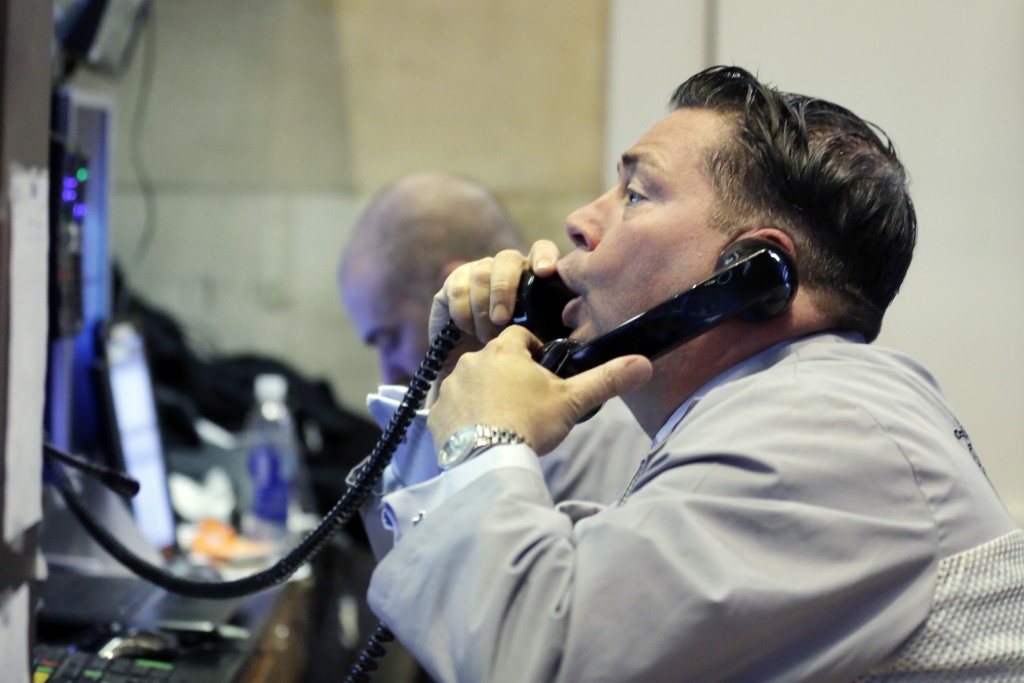 A strong rebound in oil prices and a government report indicating that retail sales improved last month helped lift U.S. stocks sharply higher in midday trading Friday. Financial and energy companies were among the biggest gainers as the stock market looked for its first gain in a week. Investors also had their eyes on the latest batch of company earnings news.

THE QUOTE: “Oil, which has been one of the most fickle, most volatile series that everybody’s watching, is having a nice day,” said Tim Dreiling, regional investment director for The Private Client Reserve of U.S. Bank. “Europe is continuing to look good. And it looked like (the market) was oversold.”

PUMPED UP: Marathon Oil climbed 7.1 percent as the price of crude oil rebounded. The stock was the best performer in the energy sector, adding 50 cents to $7.51.

BUYBACK BOOST: Deutsche Bank AG surged 11 percent after the bank offered to buy back more than $5 billion in bonds in a display of financial strength. The stock gained $1.71 to $17.22.

VISA EFFECT: Investors bid up shares in Square after Visa disclosed an ownership stake of almost 10 percent in the mobile payment services company. Square rose 59 cents, or 6.9 percent, to $9.21.

ROCKY ROAD: The stock market has ended lower five consecutive days. Global stocks have been in a slump since the beginning of the year on concerns that growth in China, which has been the engine of the global economy in recent years, is slowing far faster than expected. Plunging oil prices and low inflation have added to the market’s jitters that the global economy is sputtering.

GOING SHOPPING: The Commerce Department said that retail sales increased a seasonally adjusted 0.2 percent in January, the same as the previous month. The modest gain is evidence that consumers kept shopping despite sharp drops in stock prices, and it was better than the 0.1 percent economists had expected. Excluding the effect of falling gas prices, sales rose 0.4 percent.