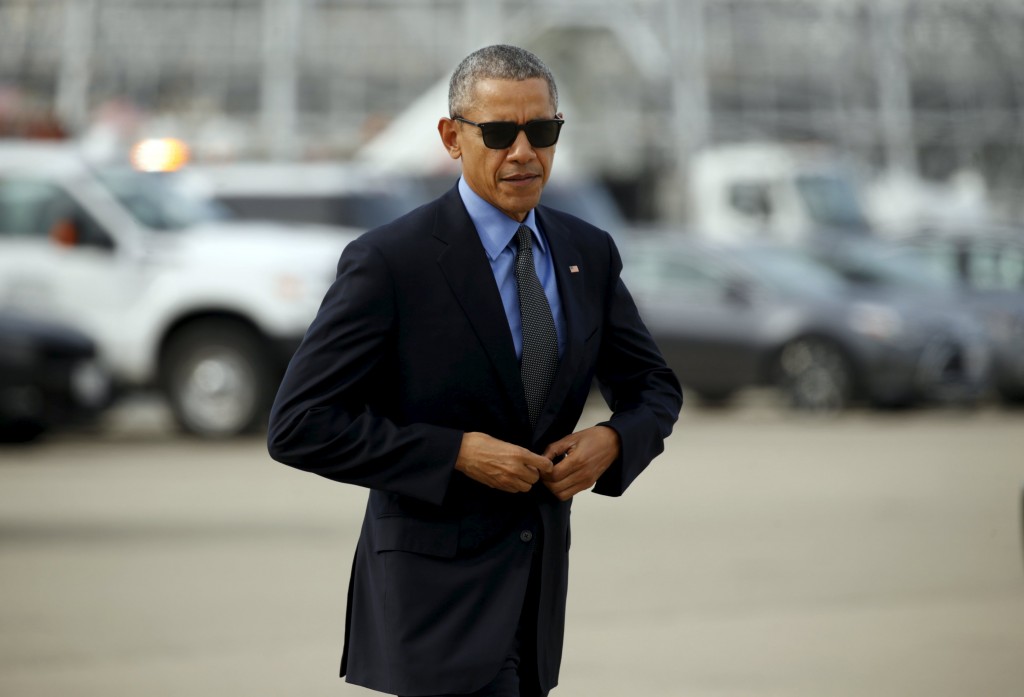 President Barack Obama said Thursday that “strange things” can happen in politics when voters are scared and that the angst people are feeling across the country is finding voice in both the Republican and Democratic parties.

“We have to listen to that,” Obama said at a Democratic Party fundraiser at the San Francisco-area home of supporter and venture capitalist Steve Westly.

Obama said the country is at “an interesting political moment” but noted that it’s still early in the process for choosing the presidential nominees.

He said “what is true is that people are anxious” despite the economic and other progress since he took office seven years ago.

Obama said people remember the dire economic straits the country faced at the dawn of his presidency, when the economy was shedding hundreds of thousands of jobs per month and people were losing their homes and retirement savings. He said people are concerned about income inequality and laboring under a political system they believe works against their interests.

“That disquiet, that concern is expressing itself in the Republican Party as well as in the Democratic Party and we have to listen to that and we have to pay attention to that and be mindful of it,” Obama told several hundred people who paid up to $33,400 to attend the event held in the sloping backyard of Westly’s home in Atherton, California. “Because when people are scared, then strange things can happen in politics.”

“We can get a politics that is not about bringing people together but is about us and them and looking for somebody to blame,” Obama said.

Obama’s comments were aimed at ensuring that Democrats don’t take anything for granted this fall, White House spokesman Eric Schultz told reporters on Air Force One after the fund-raiser.

“When there is frustration in Washington, that animates the electorate,” Schultz said.

Obama sounded a similar theme at a fund-raiser Thursday night in Los Angeles. He said that to fight the fear “means that we’re going to have to have a Democrat in the White House after I’m gone to make sure that we continue the progress that we’ve made.”