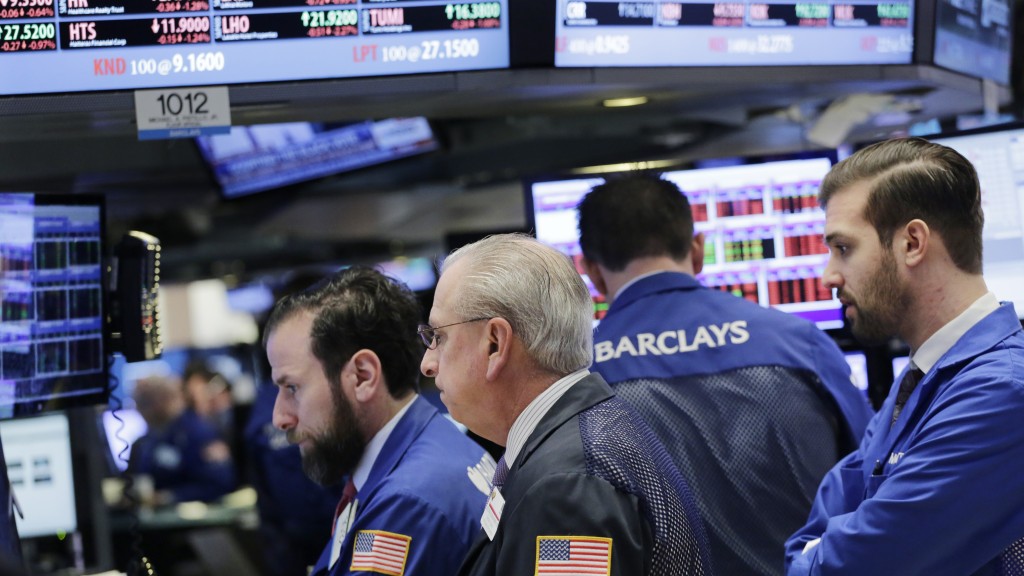 A steep drop in banks and other financial companies led a broad decline in U.S. stocks Thursday afternoon. The slump reflected heightened concerns about global economic weakness, even as Federal Reserve Chair Janet Yellen reiterated her confidence in the U.S. economy. The latest slide put the stock market on track for its fourth loss in a row.

GLOBAL JITTERS: Investors are increasingly worried that the mounting market turmoil could put a brake on the global economy at a time it is already struggling with a litany of issues, including China’s slowdown, low inflation and plunging energy markets. Fed Chair Janet Yellen, giving her semiannual report to Congress on Wednesday, cautioned that global weakness and falling financial markets could depress the U.S. economy’s growth. That could, in turn, slow the pace of Fed interest rate hikes. In her second day of testimony before U.S. lawmakers Thursday, Yellen acknowledged concern about the global economic environment, but said it was too early to tell how big the effect would be on the U.S.

THE QUOTE: Investors are losing confidence in central bank policies, said Anthony Valeri, investment strategist at LPL Financial. “[Central banks] have done all they can do and these policies may not improve economic growth or may not support financial markets,” he said.

SECTOR VIEW: All 10 sectors in the S&P 500 index were down. Financial stocks fell the most, down 3.1 percent. Energy stocks slumped 2.9 percent as oil prices continued to decline.

MORTGAGE HANGOVER: Morgan Stanley fell 5.5 percent after it agreed to pay $3.2 billion to settle federal and state claims that the lender engaged in practices that contributed to the 2008 financial crisis, including misrepresentations about the value of mortgage-backed securities. The stock slid $1.25 to $21.45.

STEEP DIVE: Boeing plunged 8.8 percent following a published report that the Securities and Exchange Commission is investigating the aircraft manufacturer over accounting practices. The report comes a day after Boeing announced plans to eliminate an unspecified number of commercial airplane jobs as part of a cost-cutting effort. The stock was the worst-performer in the Dow, losing $10.20 to $106.16.

OVERSEAS MARKETS: In Europe, Germany’s DAX dropped 2.9 percent, while France’s CAC 40 slid 4.1 percent, dragged down by a 13 percent drop in the shares of bank Societe Generale, which warned about its profits. Britain’s FTSE 100 shed 2.4 percent. In Asia, some indexes reopened after a holiday and caught up with several days of market turmoil. Hong Kong’s Hang Seng dived 3.9 percent after opening as much as 5 percent lower. South Korea’s Kospi staged its biggest daily drop in nearly four years, down 2.9 percent. China and Taiwan will reopen on Monday. Japan was closed Thursday for a separate public holiday.

BONDS AND CURRENCIES: Bond prices rose. The yield on the 10-year Treasury slid to 1.63 percent from 1.71 percent late Wednesday. In currency markets, the dollar took a dive as investors adjusted their expectations for fewer interest rate increases in the U.S. It fell to 112.01 yen from 113.35 yen. It also fell against the euro, which was up to $1.1338 from $1.1282.