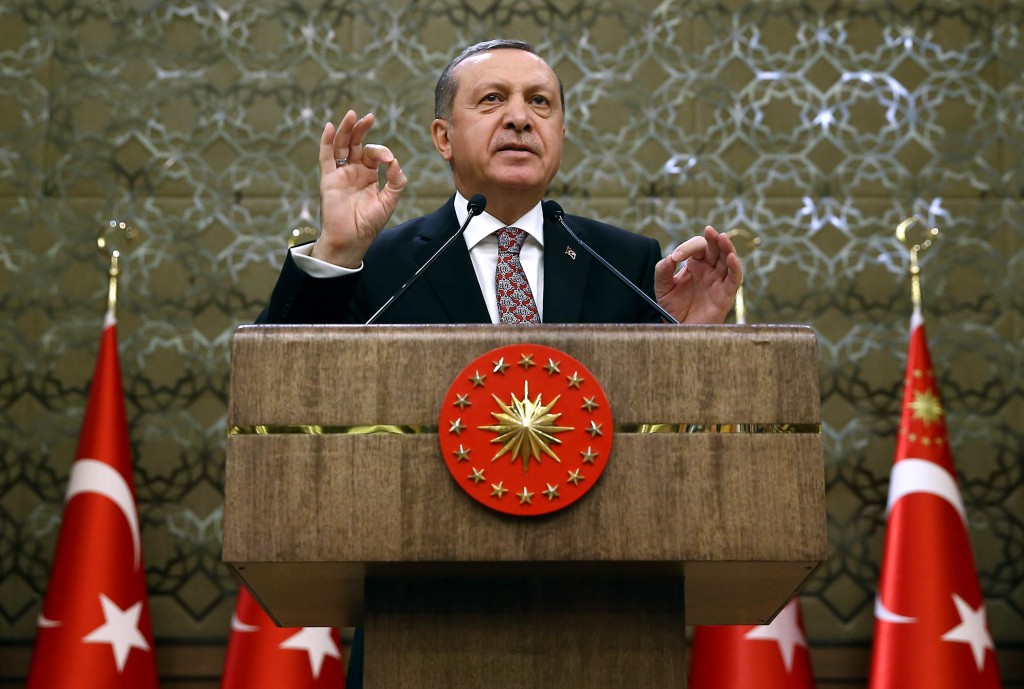 Turkey’s patience may run out over the crisis in Syria and it could be forced to take action, President Tayyip Erdogan said on Thursday, calling on the United Nations to do more to prevent what he said was “ethnic cleansing” in the country.

Erdogan accused the United Nations of insincerity in calling on Turkey to do more to help Syrian refugees instead of taking action to prevent the bloodshed in its southern neighbor.

Russian warplanes have been bombing around the Syrian city of Aleppo in support of a Syrian government offensive to recapture the city, sending tens of thousands of people fleeing to the Turkish border.

“There is a chance the new wave of refugees will reach 600,000 if air strikes continue. We are making preparations for it,” Erdogan said in a speech to a business forum in Ankara.

“We will show patience up to a point and then we’ll do what’s necessary. Our buses and planes are not waiting there in vain,” he said, adding that Turkey had information that Iran-backed forces in Syria were carrying out “merciless massacres.”

Turkey, already home to more than 2.6 million Syrian refugees, has long pushed for the creation of a safe zone in northern Syria to protect displaced civilians without bringing them over the border into Turkey.

The proposal has so far gained little traction with Washington or NATO allies who fear it would require an internationally patrolled no-fly zone which could put them in direct confrontation with Assad and his allies.

Erdogan said the Syrian crisis could not be resolved without safe zones, and said that ways of keeping Syrians in their country needed to be sought.

He also said he had previously told the European Union’s two top officials, Jean-Claude Juncker and Donald Tusk, that the time could come when Turkey would open the gates for migrants to travel to Europe.

“In the past we have stopped people at the gates to Europe, in Edirne we stopped their buses. This happens once or twice, and then we’ll open the gates and wish them a safe journey, that’s what I said,” he said on Thursday.

A Greek news site said on Monday that Erdogan, in a meeting in November with Juncker and Tusk, had threatened to flood Europe with migrants if EU leaders did not offer a better deal to help Turkey manage the refugee crisis.