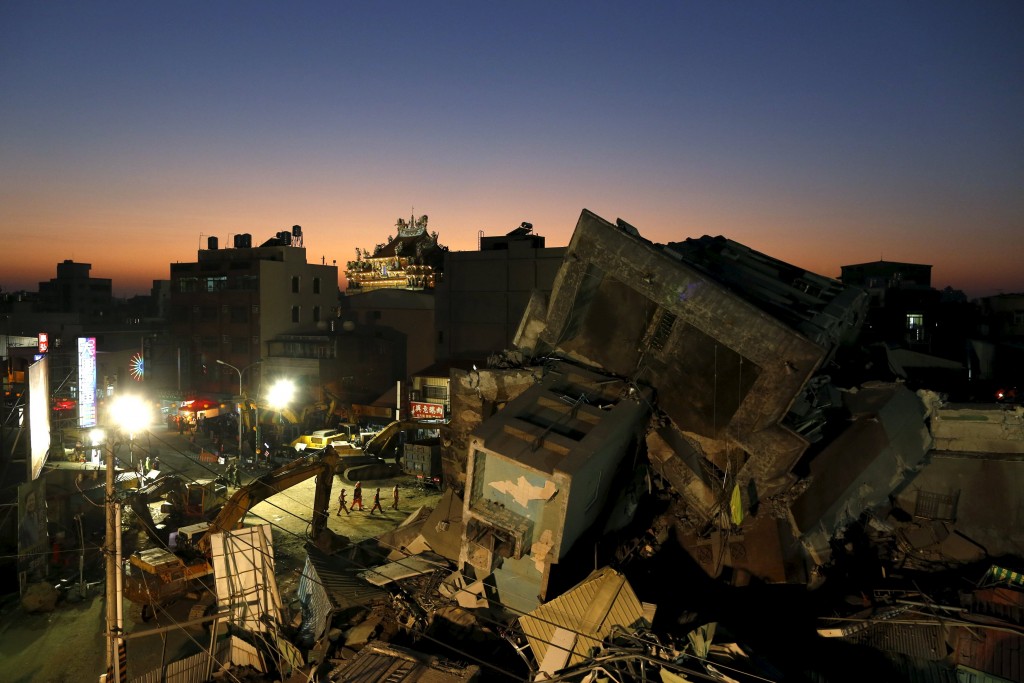 Taiwan’s Ministry of Interior says the death toll from a weekend earthquake has risen to 59, with 76 people still missing and presumed trapped under the rubble of a collapsed residential building.

The 17-story Weiguan Golden Dragon complex was the only building to collapse during Saturday’s magnitude-6.4 earthquake, which otherwise caused limited damage in the southern city of Tainan.

Government prosecutors have detained three construction company executives on suspicion of professional negligence resulting in death, amid accusations that the structure, built in 1989, was not properly reinforced.

A total of 327 people in the building survived. Rescuers say the chances of finding more survivors now are slim.