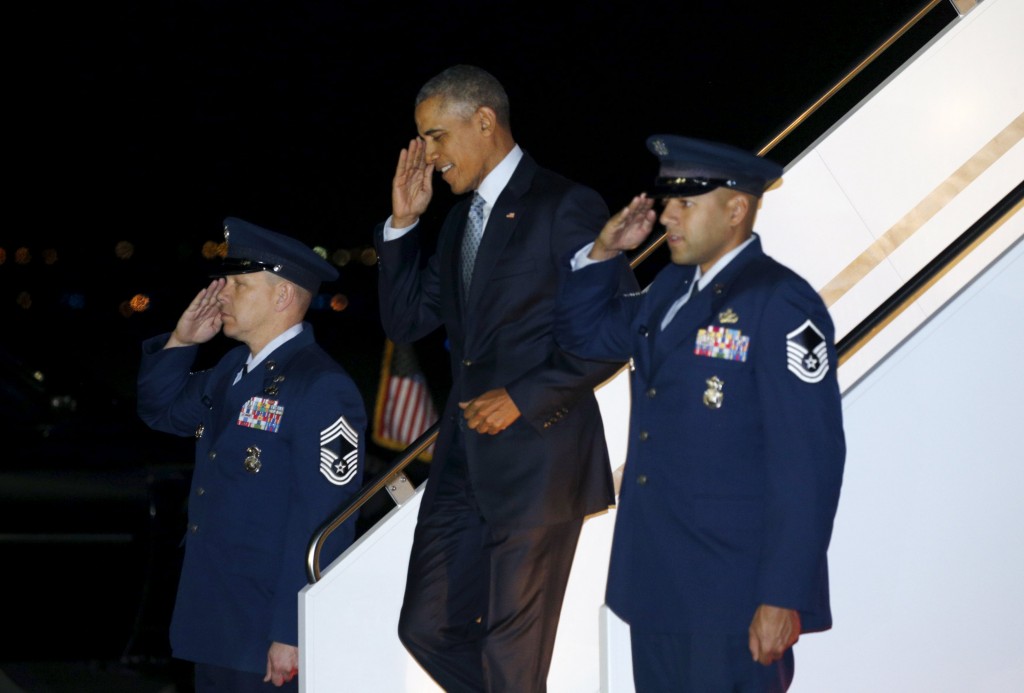 President Barack Obama is opening a weeklong visit to California where his first stops include raising money for fellow Democrats.

Obama arrived in California late Wednesday after delivering a speech about civility in politics to the Illinois General Assembly. He entered politics as an Illinois state senator.

Obama has invited the leaders of 10 Southeast Asian nations to a two-day summit that opens Monday in Rancho Mirage, California.