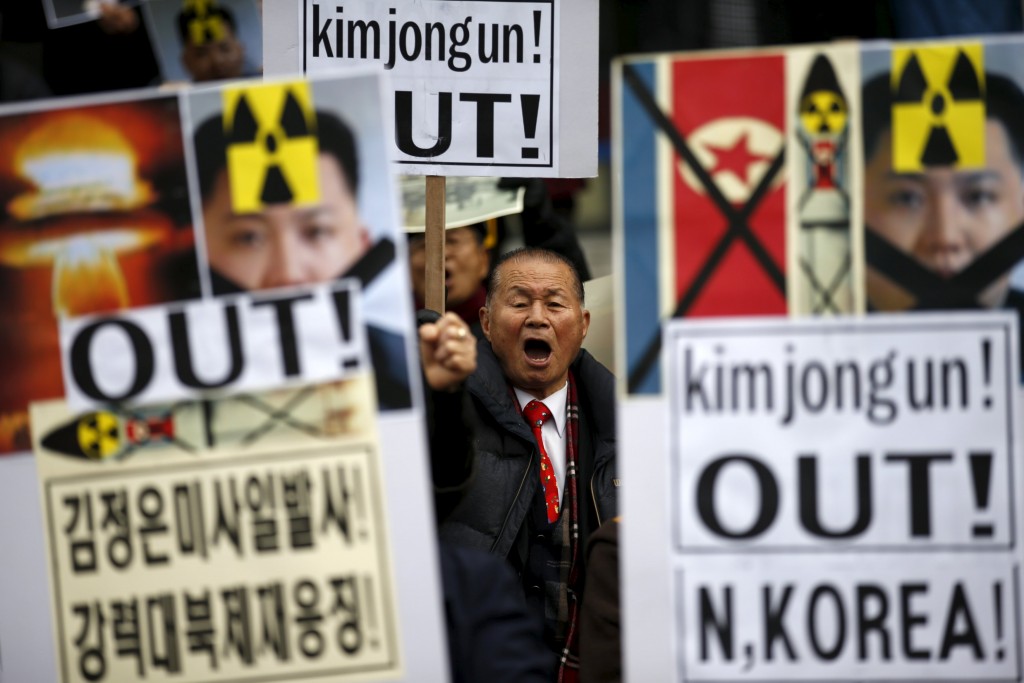 North Korea reacted quickly and sternly Thursday to South Korea’s announcement that it would suspend operations at a jointly run factory complex just north of the Demilitarized Zone that is the last major cooperative project between the two countries. It’s always difficult to gauge the true intentions of Pyongyang’s secretive ruling regime, but here’s a look at what it might mean.

Q: What did North Korea say?

A: It came out swinging. It condemned South Korean President Park Geun-hye as a “traitor for all times” and said the South’s decision to suspend operations at the Kaesong Industrial Zone marks the “end to the last lifeline of the North-South relations.” It said it will block cross-border transport to the zone from the South; put the area under military control; expel all South Koreans from the zone; freeze all assets of South Korean enterprises operating there; cut off two hotlines with the South; and remove all of its own workers from the zone.

Q: Why such a stern response?

A: Pyongyang is under increasing international pressure — and facing tough sanctions — because of its purported Jan. 6 hydrogen bomb test and its Sunday launch of a satellite-carrying rocket. Both violate U.N. resolutions. So North Korea may be trying to get out in front of likely new sanctions with a high-profile show of defiance. For sure, that could backfire. But it also might give pause to countries, particularly semi-ally China, that don’t want this to escalate out of control. Beijing condemned the nuke test and the launch, but it’s wary of a crisis sending millions of refugees across its border with the North.

On the domestic front, North Korean leader Kim Jong Un needs to appear strong in the face of what Pyongyang deemed a “provocation” from the South. That’s especially true now, because he is heading into a once-in-a-generation congress of his ruling party in May. It’s reasonable to assume he doesn’t want to look weak going into that forum.

A: That’s the dangerous question mark. Cooler heads may prevail and talks may ensue. But closing the zone shuts off an important line of communication and contact between the two Koreas, so it might be harder to avert further escalation. Economically, it could cost the South more than the North. But the wealthy South can certainly weather that blow, while Pyongyang is always in need of foreign currency to bolster its sputtering economy.

In its announcement, the North said Park is driving the “situation in the Korean Peninsula to the brink of a war.” Such rhetoric is common for North Korea, so it is not terribly alarming. The two countries are, in fact, already in a state of war, since their 1950-53 conflict ended in an armistice, not a peace treaty. But now they are moving toward more hostility, not less.