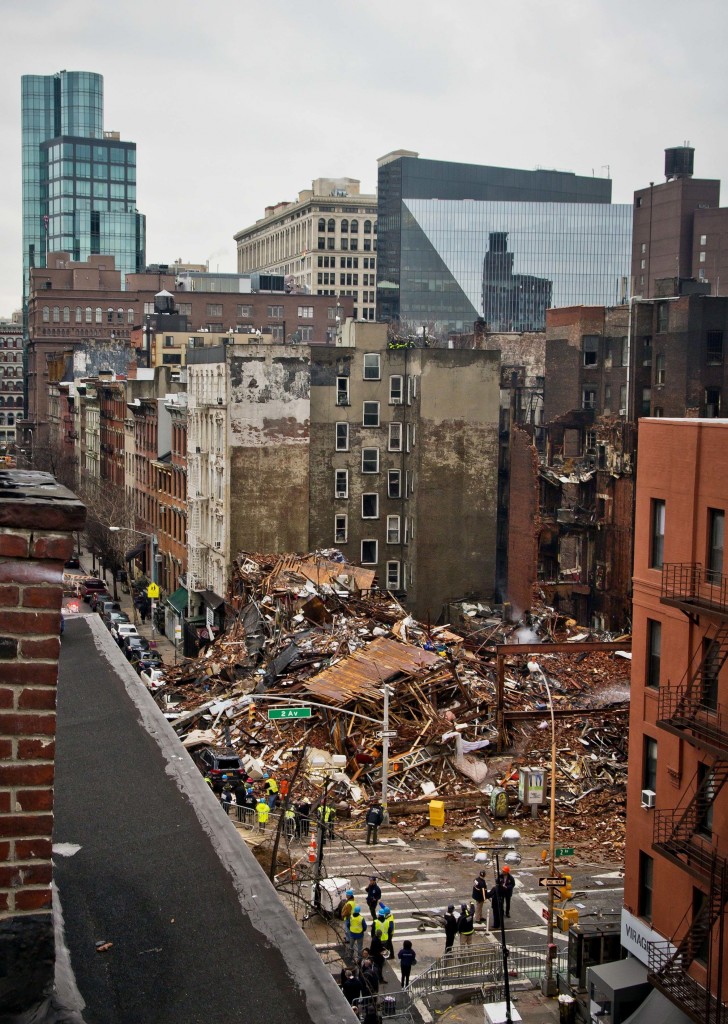 A building owner and four others have been indicted on charges that include manslaughter in connection with a gas explosion last year that killed two people and leveled three buildings in Manhattan’s East Village.

Manhattan District Attorney Cyrus R. Vance Jr. and other officials said Thursday that the charges also include criminally negligent homicide and assault. They say the defendants set up an illegal gas delivery system.

Vance says the carnage was caused by “a foreseeable, preventable and completely avoidable gas explosion.”

“The individuals involved in the East Village gas explosion showed a blatant and callous disregard for human life,” said the mayor. “We are heartened that today these defendants will be brought to justice and forced to answer for their criminal actions. New York City lost two of our own in this tragic explosion – and New York City’s Bravest put their lives on the line to battle this seven-alarm fire. These indictments will hopefully bring Mr. Figueroa and Mr. Locón’s families some closure following this tragic event. I want to thank Manhattan DA Vance, NYPD, FDNY and DOI for their work on this important investigation.”