Politics Who Is John Kasich? Five Things You Should Know
Politics 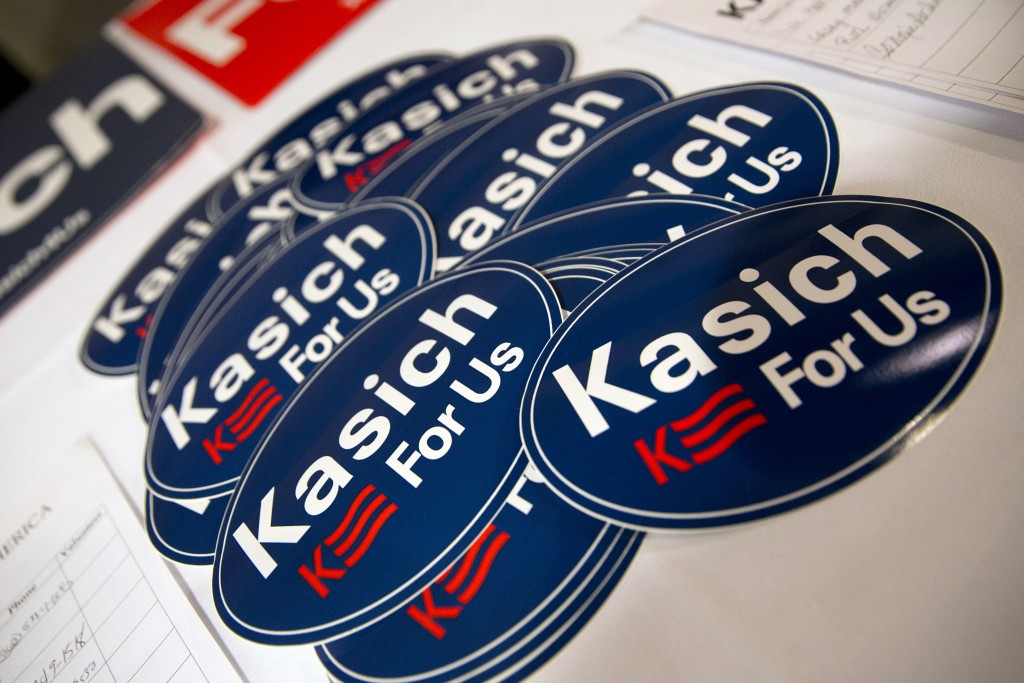 When he first entered the GOP presidential race in July, we wrote that the 16th Republican to run had a shot to win this thing. And yet, polls showed he was little-known to the outside world.

Nearly seven months later, that’s still kind of true. In fact, most people tuning into the race are probably just hearing about Ohio Gov. John Kasich. He’s making news after finishing in second place in New Hampshire; with results still coming in, Kasich currently stands at 16 percent, to Donald Trump’s 35 percent. Ted Cruz is currently third, with 12 percent. More importantly, Kasich beat out three other establishment candidates for the coveted spot in the top three and set himself up as another potential establishment alternative to Trump.

Until now, Kasich has mostly flown under the radar this campaign. He’s polling at 4 percent nationally and is toward the back of the pack, according to a Real Clear Politics average of national polls. If this is one of the first times you’re being introduced to Kasich, we’re going to bet you aren’t really sure how to pronounce his name.

Here’s a quick, updated guide to what you need to know about him and his chances to win the nomination.

And apparently his parents call him “Johnny.”

He served nine terms as a member of Congress representing Columbus, Ohio, and at his pinnacle, helped balance the U.S. budget as chair of the powerful House Budget Committee. He ran for president in 2000 but quickly dropped out. He worked for eight years on Wall Street and hosted a Fox News show before running for governor of Ohio in 2010, where he’s in his second term.

And exit polling via The Associated Press shows Kasich may have done well in New Hampshire exactly because of that. He did best with voters looking for political experience. He also performed better than his competitors with moderates, better-educated voters and voters who made up their minds in the past few days.

On paper, Kasich has a solid résumé for a Republican presidential nominee, noted The Washington Post’s Dan Balz.

He has executive and legislative experience. When he entered the race, he was the only governor out of the three sitting ones still running who is still popular back home (55 percent approval rating), and he hails from a crucial swing state.

But (and there’s always a but) Kasich is arguably one of the field’s most moderate candidates. He was one of the few Republican governors to expand Medicaid under President Barack Obama’s Affordable Care Act, and he has said he’s open to a path to citizenship for undocumented immigrants.

His message of caution and compromise hasn’t really resonated with GOP voters who are increasingly sick of the way things are in Washington.

The path to his nomination goes directly through the moderate nominating state of New Hampshire. The state, Kasich had said while campaigning, “is it for me.” As voting got underway Tuesday, there were some good signs for him: There was a spike in Google searches in the state for him.

After seven months of campaigning, Kasich is still polling near or almost at the back of the pack. He was in danger of not making the top-10 cut in Republicans’ first major debate in August (which would have been embarrassing since it was in his back yard in Cleveland). He made the cut – and every cut since.

The problem for Kasich is once he’s onstage, he often fails to break through. For whatever reason, the governor has yet to have “a moment” like some of the other candidates have managed to squeeze in. And Kasich desperately needs one of those to help introduce himself to the nation.

Kasich’s under-the-radar campaign is not for lack of trying. In Ohio he is known for his no-holds-barred filter and even occasional temper.

He once threatened lobbyists in Ohio – “If you’re not on the bus, we’ll run you over with the bus,” he said – snapped at a GOP donor who asked him about his decision to expand Medicaid, once called a traffic cop who had pulled him over “an idiot” and has gotten testy with reporters more than a few times.

He sometimes directs his prickliness at the Republican Party: “I’ve always said the party is my vehicle and not my master,” he told The Post in May.

Back in July, his campaign intended to pitch Kasich as the anti-polished politician who can appeal to voters who are sick of the Washington establishment. As such, he’s not afraid to, well, upset it.

Unfortunately for Kasich, it seems as though that spot was already taken and then some by another outspoken candidate. To win other states, he’ll have to convince voters that experience, not novelty, is the best quality for the job.