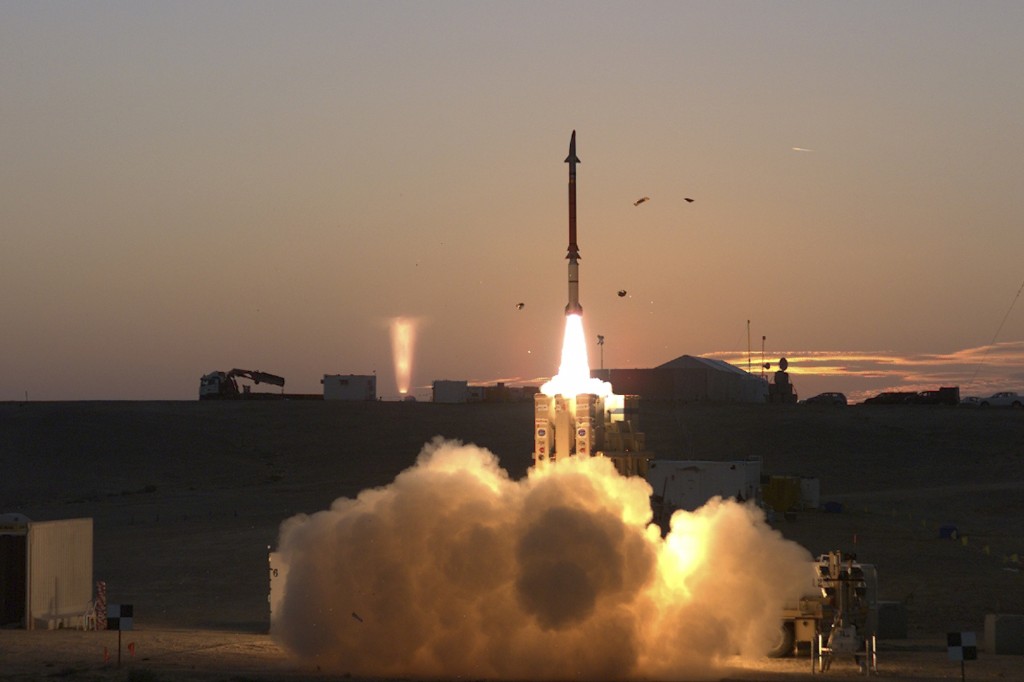 The Iron Dome system is designed to defeat short-range missiles and rockets. The United States will also continue to help fund David’s Sling, a medium-range missile interceptor, set to be deployed this year, as well as the Arrow ballistic missile interceptor. The systems are meant to form a multi-level shield that the Israelis are developing with Washington’s help as a bulwark against Iran and its allies on the Israeli border.

The budget forecasts a total $540 million in spending on Israeli cooperative programs over the next five years, with no additional funding for Iron Dome envisioned after the $42 million in 2017.

Vice Admiral James Syring, director of the U.S. Missile Defense Agency, told reporters the agency was working with Israel under a co-production agreement signed for the Iron Dome system, with a “not insignificant” workshare going to U.S. firms. He declined to give the specific percentage share.

Syring said the United States and Israel were working on a second co-production agreement for the David’s Sling program, although he declined to give a timeframe for reaching a deal.

Syring said Israel had not indicated any plans to request additional funds for missile defense programs, as it did last year, after the agency sent its budget request to Congress. He said any decision on funding would be up to Congress, which must approve the budget.

Robert Scher, Assistant Defense Secretary for Strategy, Plans and Capabilities, told Congress last year that the U.S. government had provided more than $3 billion to Israel for work on David’s Sling and other missile defense programs since 2001.

In addition to aid via the Pentagon, Israel receives additional defense funds from other branches of the U.S. government, for a total of over $3 billion per year. In light of the increasing security threats, Netanyahu has asked for $5 billion for 2017. The Obama administration has offered $3.7 billion and Netanyahu is considering passing on the offer, in order to ask Obama’s successor for a better deal.