Israel Olmert Gets Another Month on Obstruction Charges
Israel 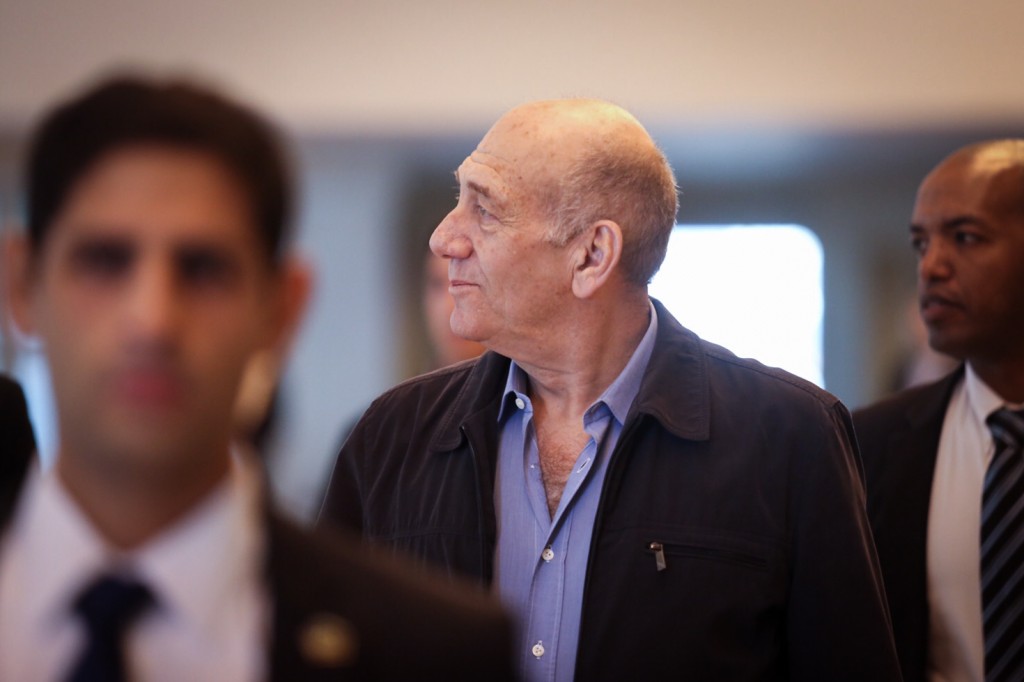 A Yerushalayim court on Wednesday added one month to the prison sentence of former Prime Minister Ehud Olmert. Olmert was previously sentenced to 27 months in prison for his role in illegally approving the large Holyland apartment project in the Malcha neighborhood of Yerushalayim and accepting money from an American millionaire in exchange for favors. Now Olmert has received an extra month for obstruction of justice, after he tried to persuade his longtime aide Shula Zaken not to serve as the state’s evidence against him.

With its decision, the court overrode a plea bargain that Olmert’s attorney had worked out with prosecutors, in which he would serve a six month sentence on the latest charges, concurrently with the 18 month sentence he received for illicitly changing zoning regulations in Yerushalayim in return for material benefits. The project required extensive changes to zoning laws, and according to prosecutors, Olmert and other defendants were involved in various schemes and conspiracies to accept money from contractors and other interested parties in exchange for changing or bending rules, or simply looking aside.

Olmert had agreed to the plea deal on the charges, which accused him of trying to persuade Zaken not to testify against him, promising that she “would always be looked after.” The court said that while it appreciated Olmert’s forthright admission of guilt, at least in this matter, it saw the obstruction case as separate from the Holyland case, and therefore by law Olmert should be sentenced separately for it. Despite that, the court said it would not impose the full sentence separately.

Commenting on the issue, Olmert’s attorneys told Israel Radio that they were “disappointed” in the sentence. “The main reason for our agreeing to the plea deal was that the sentence would run concurrently, and bring an end to all of Mr. Olmert’s legal issues. It is unfortunate that the court made this decision, and we will consider appealing. There was a deal, and deals must be respected.”