Politics After New Hampshire, Clarity May Finally Arrive in South and West
Politics 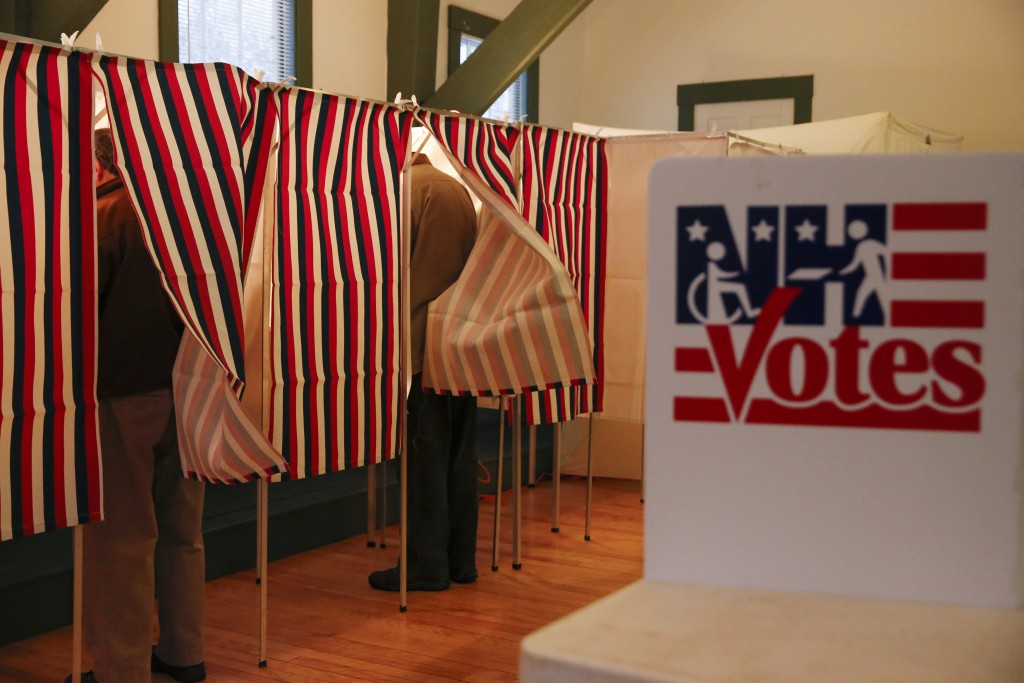 A presidential campaign that already has produced a series of surprises now moves to a new round of contests in the South and West with Republicans no closer to knowing who can emerge as the strongest challenger to Donald Trump and with Hillary Clinton under new pressure to right her shaky campaign and fend off a surging challenger in Bernie Sanders.

Trump and Sanders were the big winners in New Hampshire on Tuesday night, a moment of triumph for a pair of candidates who have tapped anti-establishment anger and energy across the political spectrum. Everything that shaped the politics of 2015 came together to produce a seismic result on Tuesday night, even though the contours of the finish had been forecast by months of polling.

South Carolina and Nevada are the next two states on the calendar, and the battles there are likely to be even fiercer than took place in the closing days here in New Hampshire. After that come 30 contests in the first 15 days of March, a series of Southern states on March 1 and by March 15, verdicts from big industrial or swing states such as Ohio, Florida and Michigan.

By then perhaps there will clarity around the big questions left hanging on Tuesday night: Can Sanders cut into Clinton’s strength in the minority community and turn his challenge into a genuine threat to the candidate who was once the presumptive nominee? And can any of the Republicans consolidate anti-Trump sentiment in the party in time to stop the billionaire developer whose unorthodox, nationalistic campaign has shaken the foundations of American politics?

When the Democratic race started last year, Clinton looked like an easy and potentially quick winner. Sanders’s victory in New Hampshire, coupled with his photo-finish second place in Iowa a week ago, virtually guarantees that Clinton has a long fight ahead to secure the nomination, if she is able to do so at all.

Sanders has proved to be a record-breaking fundraiser in terms of individual contributions that reflect the grass-roots enthusiasm behind his campaign. Victory in New Hampshire could result in a new flush of cash rushing into his campaign treasury.

Given the high rate at which the Clinton campaign was spending its money, it’s entirely possible that Sanders will have a financial advantage in available cash in the coming days and weeks. “I think we’re now in a position of resource superiority with the Clinton campaign,” Sanders strategist Tad Devine said.

If true, that is an astonishing turn in a campaign that began as Goliath vs. David. But if Sanders will have the resources and the grit to carry on his fight deep into the spring, he and his advisers know that the next rounds could be even more challenging than the first two in Iowa and New Hampshire, where the electorates were overwhelmingly white.

His next target will be the Feb. 20 Democratic caucuses in Nevada. Sanders will be looking to show his capacity to win over Hispanic voters, hoping to convert enthusiasm into support that can overcome the organizational muscle of the Clinton operation.

But Nevada is a small-scale contest in comparison to what comes after that – the Feb. 27 primary in South Carolina. Clinton’s strength and Sanders’s weakness is among African American voters, who make up half or more of the Democratic electorate in the Palmetto State. There will be much on the line for both campaigns in South Carolina, but especially for Sanders’s.

After that comes Super Tuesday, the March 1 round of roughly a dozen contests, many but not all concentrated in the South. Sanders sees opportunities in Colorado, Minnesota, Oklahoma and Massachusetts, along with targeted congressional districts in many of the other states.

Clinton campaign manager Robby Mook, in a memo issued just as Sanders was being declared the winner here, said the Democratic race probably will be settled in March, not February, because of the huge number of delegates at stake.

What Mook is forecasting is a war of attrition and a battle for delegate superiority. Eight years ago, Clinton found herself on the wrong side of a set of numbers and projections that showed the virtual impossibility of her overtaking then-Sen. Barack Obama.

Obama’s campaign team stoked that narrative with ruthless efficiency. Clinton’s campaign hopes to employ a similar strategy against Sanders, but that depends on her ability to rebalance her candidacy, fix a broken message and straighten out other problems in her campaign.

Despite the competition between Sanders and Clinton, the two-person Democratic contest is a marvel of simplicity compared with the Republican race. In a year of endless talk about candidate lanes, the fall or rise of the establishment and the GOP’s tea-party-fueled grass roots, the Republican race comes out of its first two contests with a measure of clarity and confusion.

The clarity is the mark Trump has left on the GOP race. The confusion is the muddle in the middle, a pack of GOP candidates tugging and pulling at one another in a desperate bid to claim the mantle of finalist.

A week ago, two candidates appeared ready to challenge Trump. One was Sen. Ted Cruz of Texas, who won the Iowa caucuses. The other was Sen. Marco Rubio of Florida, who finished a strong third and claimed a virtual victory.

But New Hampshire has never been too kind to conservative Republicans who come out of Iowa as the candidate of evangelical Christians, which made the going harder for Cruz these past few days. Rubio, meanwhile, melted down on the debate stage on Saturday night and lost some of the momentum he once enjoyed.

The results in New Hampshire scrambled the field anew, with Ohio Gov. John Kasich, who had staked his entire candidacy on the state, the story beneath Trump. Kasich burrowed into the state and conducted more than 100 town hall meetings. His bring-us-together message found an audience in a state that has shown a propensity for similar candidates in the past. Where he goes next is his big challenge.

John Weaver, Kasich’s chief strategist, said the campaign would plant its flag next in Michigan, a state he described as a must-win. Kasich must survive South Carolina and Super Tuesday to hold on until the campaign moves back to the industrial heartland.

Behind Kasich, closely bunched with about a third of the vote counted, were Cruz, former Florida governor Jeb Bush, Rubio and New Jersey Gov. Chris Christie.

For Bush and Christie, the tight finish held out the possibility of continuing on to South Carolina after it appeared both their candidates were headed for the political graveyard. That could still happen, but they got a reprieve on Tuesday.

Rubio will have to regroup. How serious the damage to his candidacy wasn’t clear from the outcome in New Hampshire, but a significant majority of voters said the debate was an important factor in their decision.

Cruz, who now stands as the dominant candidate on the hard right, sees the future with some optimism, hoping that the competition among Kasich, Bush, Rubio and Christie will allow him to rise up to challenge Trump beyond South Carolina.

But Trump moves to the next rounds with two advantages. After months of concentrating on individual battles in Iowa and New Hampshire, the campaign shifts gears into one in which the states come thick and fast.

“That benefits a guy with a dominant national lead,” said independent analyst Matthew Dowd. “The only way that changes is if somebody disrupts him in South Carolina.” That primary will be held on Feb. 20.

Trump’s other advantage is his fractured opposition. The longer the field includes four or five other candidates, Trump can win states with roughly the same one-third of the vote that brought him a big victory here.

The Democratic and Republican campaigns are still in their first phases and the pace will accelerate in the coming weeks. But the two opening states have set up a pair of contests unlike any envisioned when the campaign began.