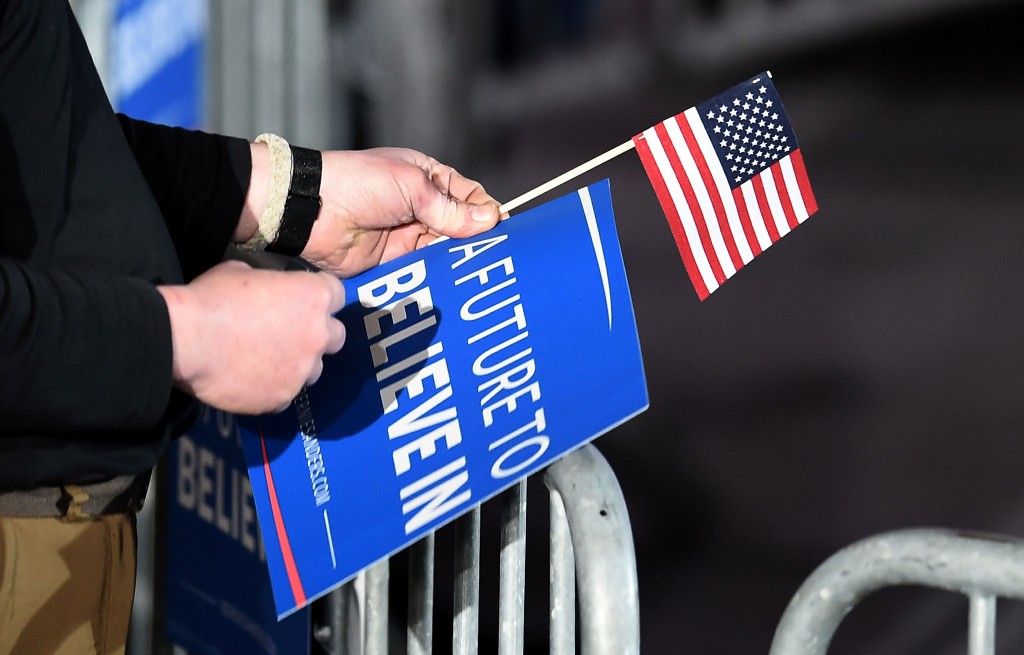 The meeting marked a recognition by Sanders that his campaign must swiftly broaden its base of support if he has any chance of mounting a long-term challenge to Clinton, who consistently polls better among African American voters.

They will play a crucial role in the Democratic race as it moves to South Carolina — where more than half of the Democratic primary voters in 2008 were African American — and other states more diverse than New Hampshire or Iowa, which held the first contest of the 2016 election.

Sanders met Sharpton in the same Harlem restaurant where the activist met with Barack Obama during his 2008 presidential campaign — an obvious bit of symbolism for the Vermont senator trying to connect with minority voters.

“My concern is that in January of next year for the first time in American history a black family will be moving out of the White House. I do not want black concerns to be moved out with them,” Sharpton told reporters afterwards.

Sharpton discussed a recent spate of police shootings of black males and other issues with the senator. He said he would not endorse a candidate until he met with Clinton.

Even before the exit polls showing that Sanders had won New Hampshire, Clinton’s campaign was already trying to highlight her double-digit lead over Sanders among African American and Latino voters.

“It will be very difficult, if not impossible, for a Democrat to win the nomination without strong levels of support among African American and Hispanic voters,” Clinton campaign manager Robby Mook said in a memo sent to reporters.

He predicted the Democratic race would be won in March, when it quickly expands to 22 delegate-rich states with some of the largest minority and urban populations — and that Clinton would have the advantage.

Reuters/Ipsos polling nationally showed that in January, blacks backed Clinton by a margin of 3 to 1 over Sanders. Among Hispanics, 48 percent supported Clinton and 32 percent backed Sanders.

But as black and Hispanic voters became more familiar with Sanders televised presidential debates, they seemed to like him more, with his favorability ratings rising slightly among those groups over the last few months, the polling showed.