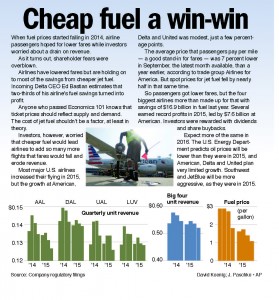 U.S. stocks extended their three-day losing streak Tuesday, closing slightly lower after spending most of the day wavering between gains and losses.

Energy companies led the decline as the price of U.S. crude oil sank nearly 6 percent. It’s now at about $28 a barrel. The market’s bumpy ride followed a slide in European stock indexes and steep losses in Japan, reflecting mounting investor anxiety that the global economy is slowing.

“The market continues to price in worst-case scenarios, a recessionary China and an energy sector that’s looking basically like it should go bankrupt at this level,” said Jeff Carbone, managing director of Cornerstone Financial Partners.

The latest losses pulled the three indexes further down for the year. The& Dow& is off 8.1 percent, while the S&P 500 index is down 9.4 percent. The Nasdaq is off 14.8 percent.

Stock markets have endured a torrid start to the year as investors have fretted over a number of issues, including the fall in the price of oil to multi-year lows, a slowdown in China and whether many parts of the global economy will fall into recession and suffer a debilitating period of deflation, or falling prices.

The market veered lower early on Tuesday following a wave of selling in Europe and Japan, where the Nikkei index closed 5.4 percent lower. The interest rate on the country’s benchmark bond also dropped into negative territory for the first time.

Major U.S. stock indexes rebounded early on as oil prices briefly rose, but the rally didn’t last. A late-afternoon rebound also failed to hold as oil prices closed lower for the second day in a row.

“The market’s correlation to oil has not subsided at this time,” said Carbone. “There seems to be no end in sight.”

All told, the S&P 500 index’s energy sector companies lost 2.5 percent, the worst performer in the index.

The International Energy Agency, which advises countries on energy policy, said oil prices will continue to come under pressure as supply is set to outpace demand this year.

Investors also had their sights on the latest batch of company earnings news.

Entertainment conglomerate Viacom plunged 21.5 percent after missing revenue estimates for the fifth quarter in a row. The stock fell $8.99 to $32.86.

Some companies fared much better.

Martin Marietta Materials vaulted 9.4 percent after the construction materials company reported a sharp increase in earnings. The stock climbed $11.03 to $128.88. The gains helped lift the materials sector overall, which notched the biggest gain in the S&P 500 index.

Traders were also looking ahead to the beginning on Wednesday of two days of testimony before Congress by Federal Reserve Chair Janet Yellen.

Yellen is scheduled to outline the central bank’s outlook on the economy. Traders will be watching for hints about when the Fed will make its next move to raise its key interest rate. Most analysts and investors think the Fed will raise rates fewer than four times this year, if at all.

“The market is looking at growth slowing globally and perhaps slowing more in the U.S. and wondering how the Federal Reserve could rationalize four rate hikes or even three rate hikes,” Quincy Krosby, market strategist for Prudential Financial. “That has been a major worry for markets and that’s the reason tomorrow is so important.”