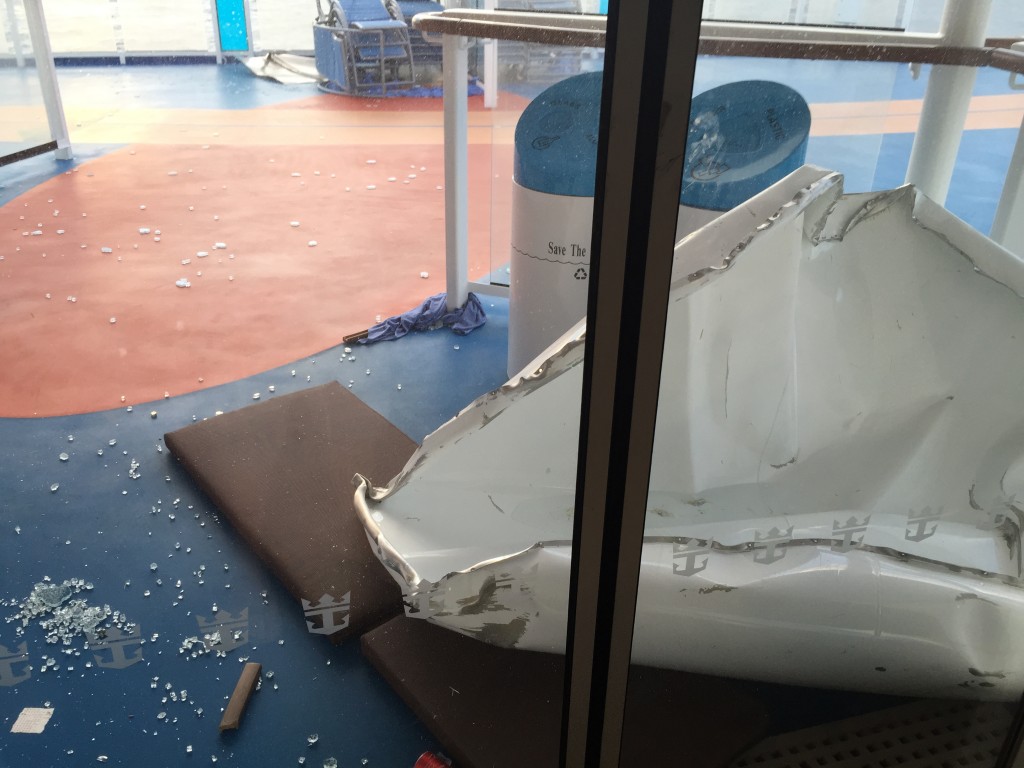 Federal transportation officials might soon be looking into a Royal Caribbean cruise ship that ran into high winds and rough seas in the Atlantic Ocean over the weekend.

Sen. Bill Nelson has called for the National Transportation Safety Board to investigate the voyage that forced frightened passengers into their cabins overnight Sunday as their belongings flew about, waves rose as high as 30 feet, and winds howled outside.

“The thing about this storm was that it was forecast for days. So why in the world would a cruise ship with thousands of passengers go sailing right into it?” Nelson said Monday on the Senate floor, according to a news release from his office.

The National Weather Service’s Ocean Prediction Center had issued an alert for a strong storm four days in advance, Susan Buchanan with the weather service said. The first warning was issued Saturday for possible hurricane-force winds in the area the ship was scheduled to sail through.

Royal Caribbean announced Monday that the ship was turning around and sailing back to its home port in New Jersey. Though some passengers reported being frightened during the violent storm, no injuries were reported, and the ship suffered only minor damage.