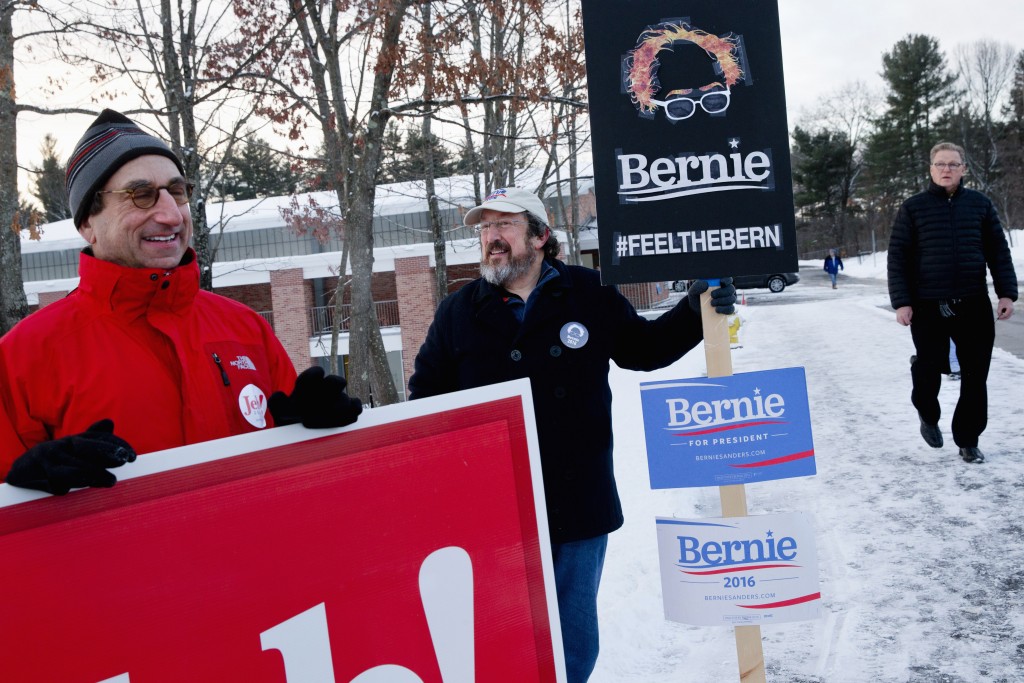 Republican Donald Trump and Democrat Bernie Sanders swept to victory in Tuesday’s New Hampshire primaries, adding crucial credibility to their upstart candidacies and underscoring the insistence of voters in both parties on shaking up American politics.

While New Hampshire is known for its political surprises, Trump and Sanders led in the state for months. Still, both needed to deliver on expectations after second place finishes in last week’s lead-off Iowa caucuses, where Ted Cruz topped the Republican field and Hillary Clinton narrowly edged Sanders in the Democratic race.

For some Republican leaders, Trump and Cruz’s back-to-back victories add urgency to the need to coalesce around a more mainstream candidate to challenge them through the primaries. However, it was unclear whether New Hampshire’s contest would clarify that slice of the field, with Ohio Gov. John Kasich, Florida Sen. Marco Rubio and former Florida Gov. Jeb Bush all locked in a tight race, along with Cruz.

Sanders pulled from a broad coalition of New Hampshire voters, gathering a majority of votes from men, women, independents and voters under the age of 45, according to exit polls. Clinton won the majority of those over 65 and those with incomes over $200,000 a year, according to early exit polls conducted by Edison Research for the Associated Press and the networks

Clinton’s campaign argues she will perform better as the race heads to more racially diverse, including Nevada and South Carolina. Both New Hampshire and Iowa are overwhelmingly white states that are far less diverse than the nation as a whole.

“A Democrat who is unable to inspire strong levels of support in minority communities will have no credible path to winning the presidency in the general election,” Clinton campaign manager Robby Mook said in a memo released as the polls closed.

Both Sanders, a self-described democratic socialist, and Trump, a real estate mogul who has never held political office, have tapped into the public’s frustration with the current political system. Even if neither candidate ultimately becomes his party’s nominee, whoever does will have to reckon with those factions of voters.

Nearly half of voters in the Republican primary made up their mind in the past week, as Republican voters were more negative about their politicians than Democrats, with about half of GOP voters saying they felt betrayed by party officials.

In a sign of Trump’s impact on the race, two-thirds of GOP voters said they support a ban on Muslims entering the U.S., a position the billionaire outlined last year amid rising fears of terrorism emanating from the Middle East.

After finishing behind Cruz in Iowa last week, Trump accepted some of the more traditional trappings of presidential campaigns, including smaller town halls with voters. Still, he closed the final full day of campaigning with an insult of Cruz.

The Texas senator brushed off Trump’s comments, saying the reason the businessman engages in insults “is because he can’t discuss the substance.”

The large Republican field was winnowed after Iowa, but there remains a crowded grouping of more traditional candidates, including Rubio and the

Kasich, who has prided himself on avoiding attacks on his rivals, said he hoped New Hampshire voters were “fed up with the negative.”