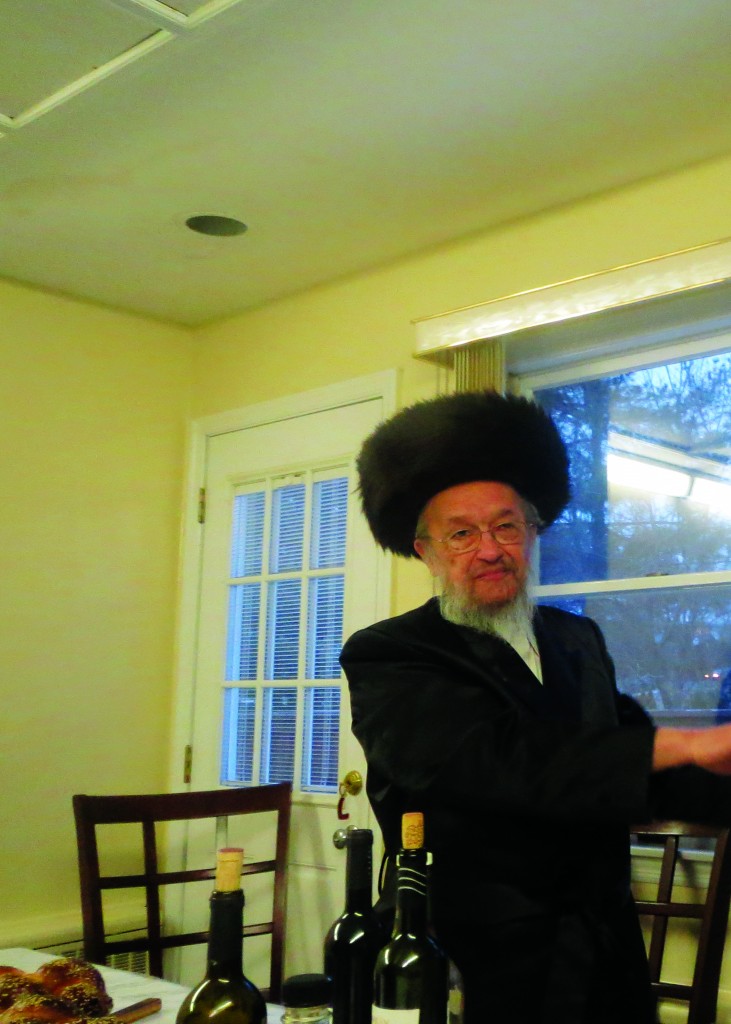 The Vizhnitz community bid a tearful farewell to one of its key founders and builders, Reb Yosef Aryeh Luria, z”l, who was niftar on Tuesday, Rosh Chodesh Adar I, the day of his 76th birthday. The niftar was remembered as a formidable talmid chacham who channeled his innate simchas hachaim, energy and unique ability to relate to people of all types for the benefit of his kehillah.

Reb Yosef Aryeh was born in 1940 in Tzfas to Harav Dovid Mordechai, zt”l, and Esther, a”h, Luria. The family traces its lineage to the Arizal. In his teenage years, the family moved to Toronto, where Rav Dovid Mordechai had been chosen to serve as Rav of Khal Adas Yeshurun. Before they departed from Eretz Yisrael, the Imrei Chaim of Vizhnitz, Harav Chaim Meir Hager, zy”a, the Lurias’ beloved Rebbe, advised young Yosef Aryeh: “If you will stay close to my son Reb Mottel [today the Vizhnitzer Rebbe, shlita], then things will be good for you.”

It was a recommendation the niftar took to heart. In his decades in America, he was not only one of the Rebbe’s most loyal Chassidim, but stood ready to do whatever he could to help kehillas Vizhnitz.

In America, Reb Yosef Aryeh studied under the Pupa Rav, Harav Yosef Grunwald, zt”l, as well as in Tomche Temimim of Lubavitch. With his sharp mind and diligence, he quickly distinguished himself as a stellar talmid and completed Shas while still a bachur. Even when deeply involved in work for the klal, the niftar’s hasmadah and ahavas haTorah were such that he managed to complete each Daf Yomi cycle with Tosafos.

In 1962 he married Bracha Rosenberg, a”h, daughter of Reb Yankel Rosenberg, z”l, a distinguished Vizhnitzer Chassid. The couple settled in Williamsburg, where Reb Yosef Aryeh took on an increasing role in building the Vizhnitzer community.

Two years later, when the Rebbe, who then served as Rav of the kehillah, moved to Monsey, Reb Yosef Aryeh was one of the first Chassidim to join what would become a community that today numbers in the thousands. In those early years, he threw himself full force into the community’s growth, serving as the menahel of the yeshivah and carrying the chinuch, financial and administrative concerns on his dependable shoulders. His energy and talent seemed limitless. In six weeks he established a girls’ school with all grades!

Following his levayah, the Rebbe commented to the Luria family that the niftar had “carried everything himself.”

Following the untimely petirah of his first wife in 1989, he married Baila Greenbaum, a member of a prominent family in the Belzer community in Yerushalayim. Even after leaving his official leadership positions behind to go into private business, he remained heavily involved in askanus, ready to assist the needs of the rapidly growing community in any way possible.