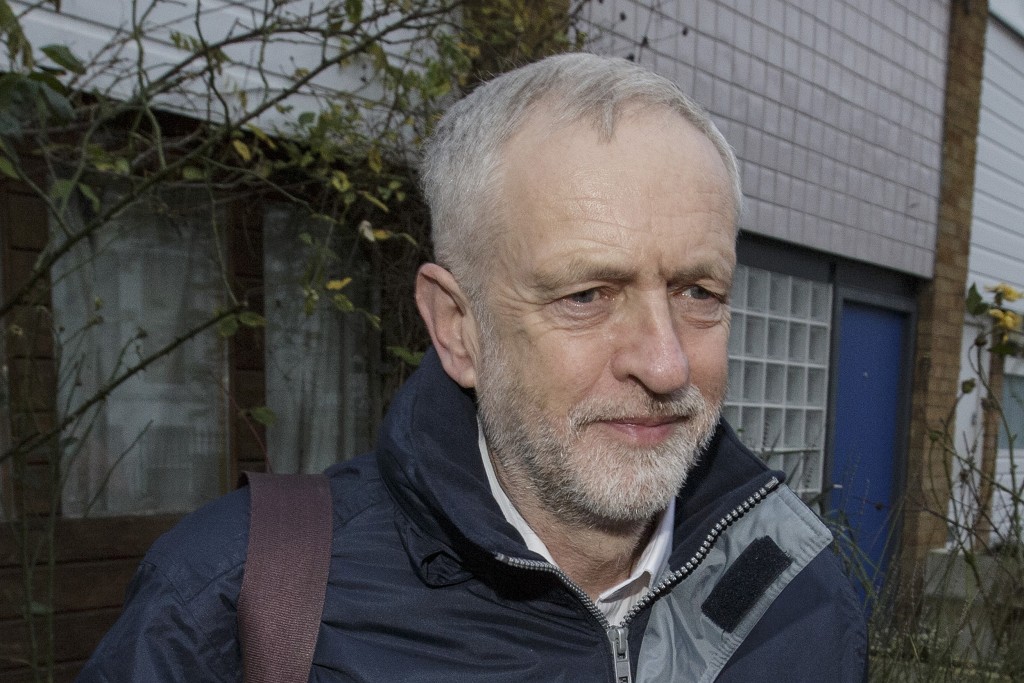 The leader of the British Labour Party, Jeremy Corbyn, met with senior representatives of the U.K. Jewish community on Tuesday afternoon, the first time he has done so since he was elected to this position last year.

Mr. Corbyn and two advisors met with Board of Deputies President Jonathan Arkush and Chief Executive Gillian Merron on Tuesday afternoon. The Board of Deputies is the democratically elected representative body of British Jewry, with deputies from shuls, charities and youth movements across the country.

The Board said that the meeting “resulted in significant clarifications of the views of the leader of the opposition on key issues for the Jewish community.” Mr. Arkush said that there had been welcome agreement in some key policy areas but that there were still matters on which the Labour leader could make firmer commitments.

Describing the meeting as “positive and constructive,” he said that he was “pleased that Mr. Corbyn gave a very solid commitment to the right of Israel to live within secure and recognized boundaries as part of a two-state solution to the Israel-Palestine conflict.”

Mr. Arkush continued that he was “pleased Mr. Corbyn affirmed his support for shechitah, bris milah and Jewish faith schools. He also resolved in strong terms to fight anti-Semitism from wherever it comes. He rejected any sort of violence or intimidation such as occurred at King’s College London last month.” However, he added, “Despite being pressed, he should do more to address profound and real concerns about past meetings with people or organizations with extremist or anti-Semitic views.

“We are also looking for the Labour leadership to show with more clarity that it will maintain its longstanding opposition of boycotts against Israel. However, this is the beginning of a conversation between the Jewish community and the Labour Party under Jeremy Corbyn’s leadership and we will be meeting him again later this year.”

A statement issued by Mr. Corbyn after the meeting described Anglo-Jewry as a “vibrant and much diverse UK society.” Mr. Corbyn said that he “utterly opposed” anti-Semitism, “including denial of the Holocaust from any part of the political spectrum” and was keen to work together “to improve interfaith relations and community safety.”

On the topic of the Middle East, Mr. Corbyn said, “I have a long interest in campaigning for justice in the Middle East and reiterated my commitment to a two-state solution to the Israeli-Palestinian conflict. Israelis and Palestinians both have the right to a state, and to live in peace and security. I condemn violence — the future of the region can only be resolved with negotiation, not violence.

“The conflict is an emotive subject for communities in Britain too. But that can never be an excuse for anti-Semitism or Islamophobia. Disagreements over sensitive political issues must be conducted in a civil manner and without intimidation — I condemn all acts which intimidate or constrain the exercise of free speech.”