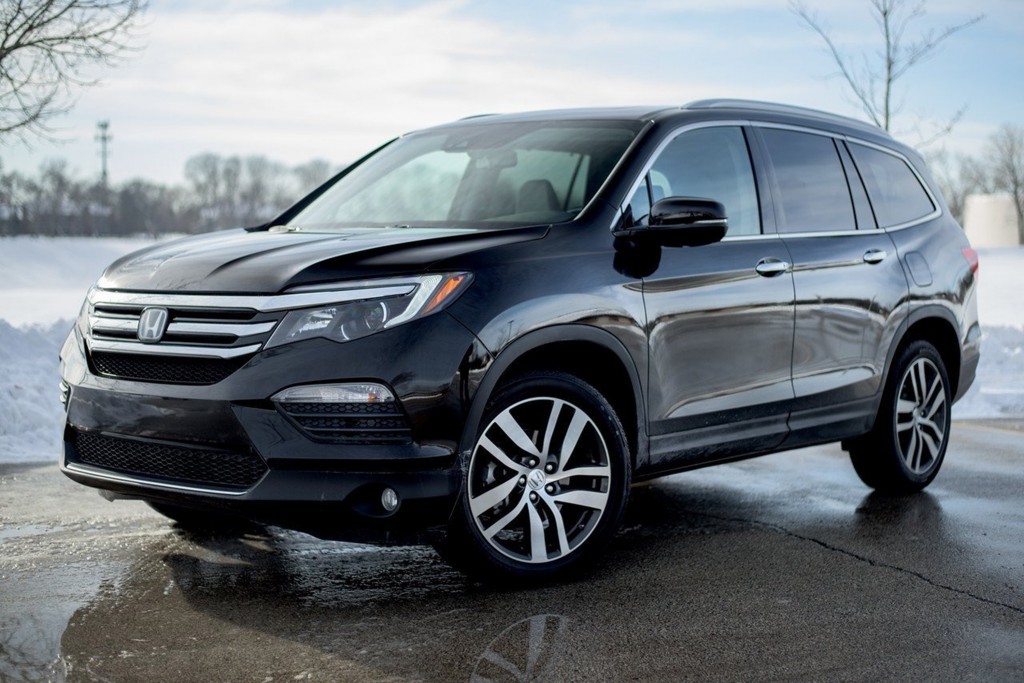 Nine-speed transmissions are here to stay. They’re being touted as a fuel-efficient selling point in vehicles such as the 2016 Honda Pilot, in top-of-the-line Touring and Elite trim levels.

But these transmissions are also something that might take some getting used to. One aspect of these “teething” pains can be seen in the behavior of our Pilot Elite tester.

While coasting into a stoplight, the transmission downshifts and the engine revs higher in the lower gear, as it should, but the 4,317-pound SUV momentarily lurches forward. It shouldn’t, nor do the peculiarities end there.

First gear is a mere starting point or creeper gear, as the nine-speed flicks out of first between 5 to 7 mph, quicker than you can say something like “shift!” That’s not unusual for a nine-speed, but shifting up to the next gear while gently accelerating results in the transmission hunting for the next gear for a long second. Under moderate or aggressive acceleration, the tendency isn’t as noticeable.

But if you were to try to soothe baby to sleep by driving slowly around the block, for example, there would be a pronounced jerk that would result in one fussy baby and one angry car shopper who just dropped $50,000 on an otherwise great all-wheel-drive alternative to the minivan.

The odd sensations may be the driver needing to adjust expectations to new technology. A visit to one of the leading Honda Pilot consumer message boards, shows fewer complaints about the transmission in a December thread than in a July thread about the same trim line.

Brian Weinberg, director of retail operations at a Chicago-area Honda dealership, admitted the new technology takes getting used to.

“I drove one and I noticed the difference but I’ve never driven a nine-speed before,” he said.

Of the 10 complaints filed on www.safercar.gov, the recall arm of the National Highway Traffic Safety Administration, none are for Honda’s new nine-speed transmission.

“At this point there hasn’t been a service bulletin,” Davis Adams, Honda product spokesperson, said of the voluntary notices automakers issue to dealers to fix or address a mechanical quirk. Technical service bulletins, or TSBs, are not mandated by NHTSA and are not recalls. “If this is a major concern and critical mass to confirm it, then Honda will be quick to remedy it.”

The Pilot transmission, tuned differently, is also in the 2016 Acura MDX, where it has drawn criticism from consumers.

Nine-speed transmissions provide better fuel economy with more precise performance. The nine-speed transmission manufactured by ZF Friedrichshafen AG for Honda and Acura uses 16 percent less fuel than a 6-speed at constant speeds, although they take some getting used to.

ZF also designed the troublesome nine-speed transmission in the Jeep Cherokee when it launched for model year 2014, and for other vehicles made by Fiat Chrysler Automobiles such as the Chrysler 200 sedan and Fiat 500X crossover. The hundreds of complaints on www.safercar.gov included remarks about lunging, rough shift changes and even disengagement.

FCA CEO Serigo Marchionne admitted to Automotive News on Feb. 2, 2015, that FCA had to do “an inordinate amount of intervention on that transmission.”

FCA ordered successive software updates or “reflashes” to fix the problem, at the consumer’s request.

Reluctant to talk about the new Pilot’s transmission since he hasn’t driven it, Vellequette added that FCA used ZF’s design but that FCA built the transmission itself.

Honda, on the other hand, let ZF build the nine-speed transmission in its vehicles, which include the Acura MDX.

Different automakers using the same transmission does not make the same results.

“We didn’t put the Pilot out as quickly as Chrysler did with the Jeep,” Adams said. “This is the most modern version of the software, so we have better expectations.”

Since nine-speed transmissions such as the one used by FCA and Honda are adaptive, they read the driver’s inputs and driving conditions to recognize patterns and optimize shift points. That might explain why consumer message boards are more forgiving and dismissive of transmission complaints.

The teething period can gnaw at the nerves of consumers who have dropped nearly $50,000 on a new car.

Should drivers have new expectations or should they learn to drive differently to avoid a lurching ride?

“I wouldn’t recommend an early one,” Vellequette said of nine-speed transmissions. “As with any new technology, it takes a while to get through the teething pains.”