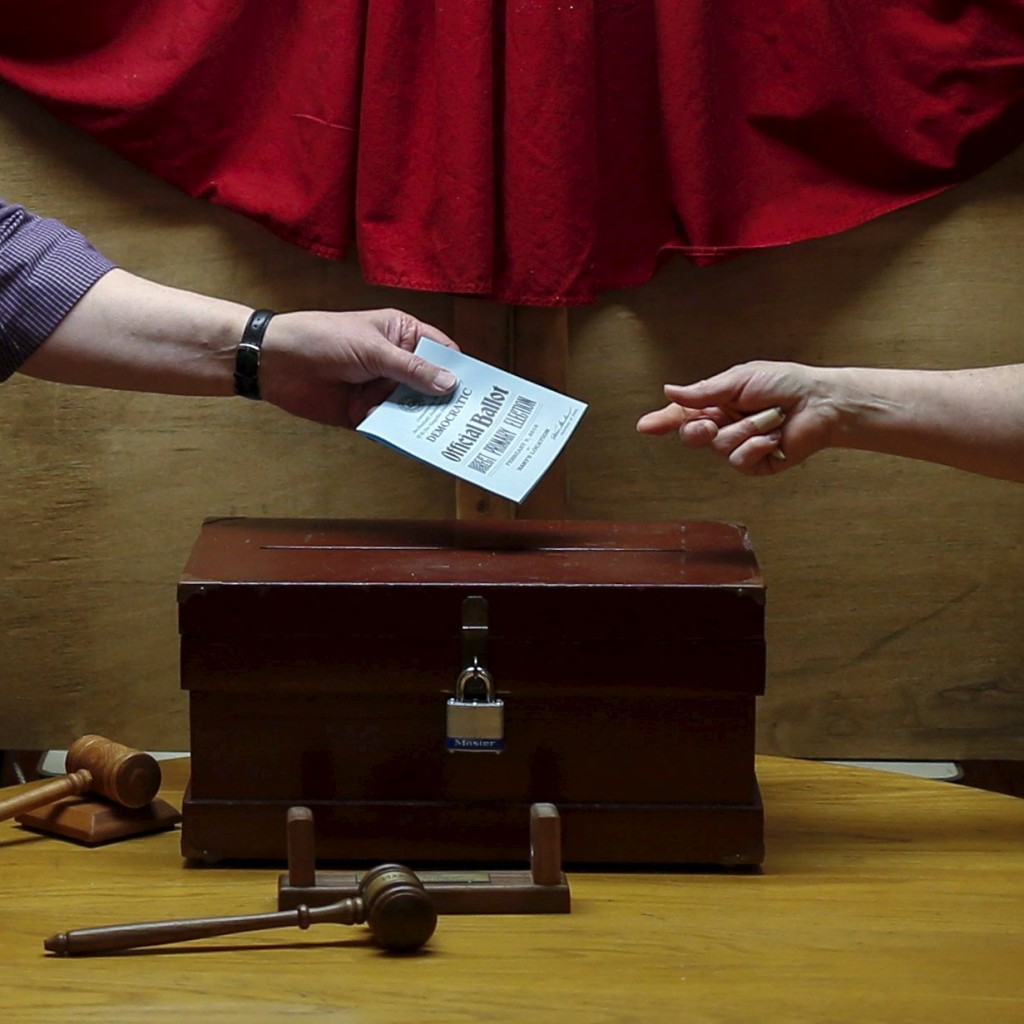 Which candidate is “the best,” who’s the most experienced, who’s a revolutionary and who’s a robot?

New Hampshire voters will be the judge of that — and much more — in a presidential primary that turns 100 years old Tuesday.

At stake are the political fates of billionaire Donald Trump’s improbable candidacy, a pair of political dynasties and a gaggle of governors and senators doing a lot of sharp elbowing in the fight for a strong finish in the nation’s first primary of 2016.

Republican billionaire Donald Trump and Democrat Bernie Sanders are hoping for their first wins of the 2016 race after coming in second in Iowa behind GOP Sen. Ted Cruz and former Secretary of State Hillary Clinton.

Elsewhere on the Republican side, there’s a four-way battle among Governors Chris Christie and John Kasich, former Florida Gov. Jeb Bush and Sen. Marco Rubio to be the alternative that establishment Republicans might like better than Trump. And on the Democratic side, the Clintons are fuming that the state that made Bill “the comeback kid” in 1992 seemed unlikely to vote for his wife over Sanders.

Reminiscing with a local official about the economy during his presidency, Bill Clinton said Monday, “We’d be better off if any of these young people could remember it.”

Here are some things to watch as New Hampshire votes on Tuesday:

Trump’s big talk gets a “huuuuuge” test in New Hampshire.

Trump is in the lead of the Republican race — and he’ll need to finish that way if he doesn’t want to be the loser that he’s branding opponents. Come in anything but first place, and Trump’s fundamental rationale for his candidacy — “I’m a winner” — will be seriously damaged. His second-place Iowa finish will not have been a fluke. Even a less-than-impressive finish in first place — a markedly smaller margin than the double digits the polls are showing — could weaken the winner narrative. Trump told CNN on Sunday that he wants to come in first, but he doesn’t need to finish that high to continue his campaign. Still, if he’s not a winner after the vote, does Trump want to continue spending his own money on a nomination he’s having trouble … well … winning?

Clinton, the fund-raising juggernaut who won New Hampshire in 2008 and whose family has campaigned there for a quarter century, looks likely to lose the vote Tuesday to a socialist, Sen. Bernie Sanders. Sanders is from neighboring Vermont and out-raised the former secretary of state last month by $5 million. There is talk of a campaign shakeup after New Hampshire. “We’re going to take stock, but it’s going to be the campaign that I’ve got,” Clinton told MSNBC.

Watch the way women vote in the Democratic primary. There’s evidence in recent days among Clinton backers that the former first lady isn’t securing the levels of support among women — particularly young women — that her campaign had expected, considering the historic nature of her candidacy.

What bubbles out are frustrations with female voters backing Sanders despite the prospect of electing the first female president.

The biggest question mark is who wins the mud fight for the establishment mantle in the GOP race.

Rubio, who came in a close third to Trump and Cruz in Iowa, was on the verge of slamming the door shut on this contest until Christie embarrassed him in Saturday’s debate as a repeater of rote talking points. But Christie didn’t win that mini-race for himself, meaning the contest for establishment love remains an expensive four-way slugfest among Rubio, Christie, Kasich and Jeb Bush.

The stakes for each member of this quartet are enormous.

Rubio needs a big win in New Hampshire to stay in contention here. But the two governors, Christie and Kasich, have hung virtually all their White House hopes on finishing strong in New Hampshire. And for Jeb Bush, who limped out of Iowa in sixth place with 2.8 percent of the vote, New Hampshire offers some prospect of redemption. He’s been having better crowds in the last few days at his events.

Steve Peoples contributed to this report.