Israel Elbit Unveils the Seagull, a Seacraft That Can Take on Subs and Neutralize Sea Mines
Israel 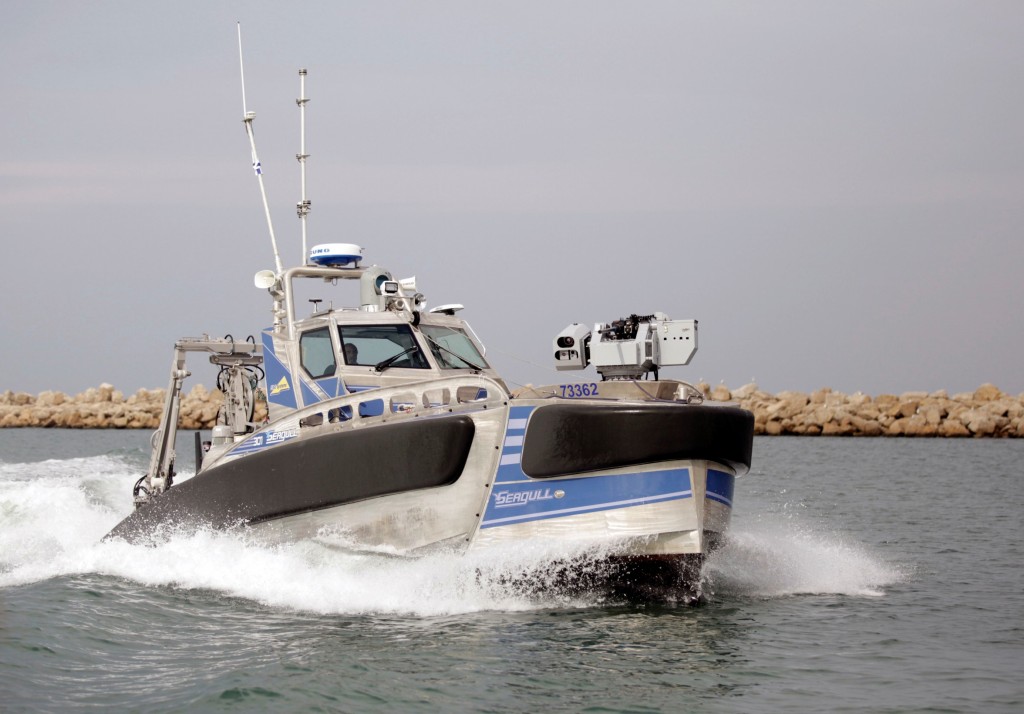 The Seagull is quick and agile. At 12 meters (40 feet) long, it can remain at sea for more than four days straight and can successfully perform several tasks at once – with much less risk compared to manned vessels or other available means of dealing with similar threats.

Among the systems installed on the Seagull is an autonomous navigation system with obstacle-avoidance capability. It meets international regulations for preventing collisions at sea. In addition, the Seagull also carries radar, underwater sonar, a weapons station, day and night observation systems, underwater robots, and more. The system can be operated for a variety of tasks and scenarios, and can reinforce or even replace manned vessels when needed.

Innovative and groundbreaking, the Seagull is designed to take a leading role in anti-submarine combat and in detecting and neutralizing naval mines. It is also suitable for security missions, electronic warfare, and even auxiliary tasks such as underwater mapping. It bears a broad modular array of sensors, enabling it to efficiently detect threats and respond underwater.

Seagull has replaceable mission modules, with two vessels capable of being operated and controlled in concert using a single Mission Control System, from manned ships or from the shore. It provides comprehensive solutions for detecting and neutralizing mines – and it does so without risking human life. The system enables mission planning, online activity in known and unknown areas, including scanning tasks, search, detection, identification, neutralization and verification.

The new craft is essentially a game-changer in submarine warfare, one that will provide the Israel Navy with rapid deployment capability for anti-sub operations.

Elad Aaronson, Director-General of Elbit’s Intelligence Division, said that the variety of maritime threats is increasing throughout the world, and prominent among them are submarine activity and underwater mines. In his words: “Elbit Systems, global leader in unmanned systems, is proud to reveal an innovative solution for maritime needs as well. Just as we did for unmanned air drones, we present this maritime unmanned system for needs that have until now been met using manned and expensive means. The Seagull will enable our customers to perform these tasks more effectively, without endangering combatants and with significantly lower operational costs. It can also be integrated into existing fleets. Our ability to develop a modular system with a wide range of advanced capabilities to meet underwater threats effectively and promptly, gives us reason to believe that we have a groundbreaking solution. I expect it to be in great demand around the world.”