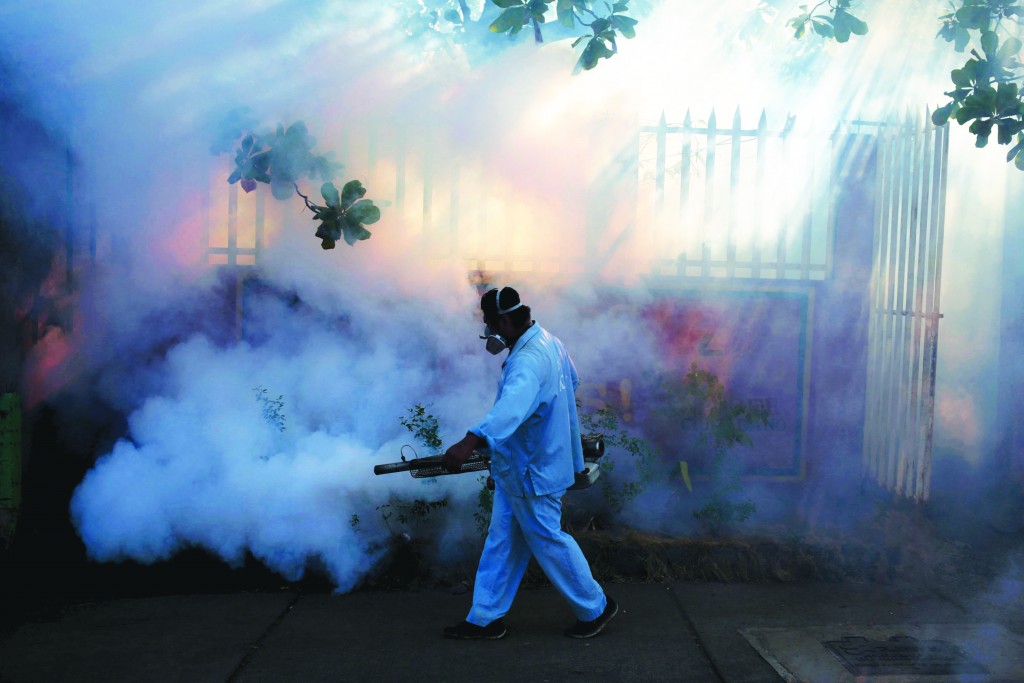 The Obama administration is asking Congress for more than $1.8 billion in emergency funding to fight the Zika virus in the United States and other countries, the White House announced on Monday.

The funding would be split between the Department of Health and Human Services, the Agency for International Development, and the State Department to support mosquito control programs, vaccine research and health services for low-income expectant women, the White House said in a statement.

Some funding would be put toward helping Zika-affected countries to better combat mosquitoes and control transmission, it said.

Employees of U.S. companies seeking to avoid exposure to the Zika virus likely have few legal avenues to either refuse travel to affected areas or sue if they actually become sick from the virus. But it may be a different story if such workers subsequently give birth to Zika-infected babies.

Since Zika was detected in Brazil last year, the mosquito-borne virus has spread to 33 countries, most of them in the Americas. The World Health Organization declared an international health emergency because of strong suspicions that infections in expectant women may cause microcephaly, a condition in which infants are born with abnormally small heads and can suffer developmental problems.

While the virus had typically caused mild symptoms in adults, it also has been linked to an autoimmune disorder called Guillain-Barre syndrome that can cause paralysis.

U.S. and world health authorities are not currently warning against all travel to affected areas, as they did with the 2014 Ebola outbreak in West Africa. They are, however, advising expectant women to consider postponing travel, and all travelers to take precautions to avoid mosquito bites.

Adherence to the recommendations of the U.S. Department of State or the World Health Organization would shield companies to a large degree from claims they acted recklessly in sending employees into Zika-affected areas, lawyers who typically represent employers say. The U.S. Centers for Disease Control and Prevention (CDC) further recommends that travelers wear insect repellent and sleep with mosquito nets in places where they might be bitten, among other measures.

“Your defense to any sort of claim is that you follow the public health guidance,” said Mark Lies, a lawyer with the firm Seyfarth Shaw, which specializes in advising companies on employment issues.

Such advisories also mean workers probably would not be protected from termination if they refuse to go to an affected area, lawyers said. While the federal Occupational Safety and Health Act (OSHA) gives workers the right to refuse dangerous tasks, those tasks must pose an immediate risk of death or serious injury.

Something like working with a “defective tool that has electrical sparks coming out of it” would meet that standard, said Ben Huggett of Littler, another employment law firm. Traveling to a Zika-affected area, on the other hand, would probably not, he said.

Lies said upgraded warnings in the event Zika proves more lethal or virulent could give workers more of a right to refuse travel. But he said OSHA affords no special protection for pregnant women under current threat levels. The law governs only the safety of employees, not unborn children.

Worker’s compensation covers lost wages and medical care but awards are typically smaller than private lawsuits, which can seek to recover damages for pain and suffering, as well as punitive damages for negligence.

Huggett said he was unaware of any case that directly addressed worker’s compensation for an unborn baby affected by an infectious disease.

Lies said he did not believe worker’s compensation would generally cover such injury but thought it could open the door for an employee to bring a lawsuit against her employer for negligence.

Many states limit worker’s compensation to several years’ pay, while a damage award for a severely impaired child could reach tens of millions of dollars, according to Michael Jones, an employment lawyer with Reed Smith.

Michael Gerson of California firm Boxer & Gerson, who brings claims on behalf of employees, said such a case would still be a challenge if the company followed official warnings. The evidence would have to show “that the mother was never given adequate warning to protect herself as she was going into this type of environment,” he said.

But Jones said such cases would be tough for the employer too. “I would be concerned if I sent an employee to a high-risk region,” he said. “If that claim gets in front of a jury, you’re going to be looking at a very sympathetic plaintiff.”