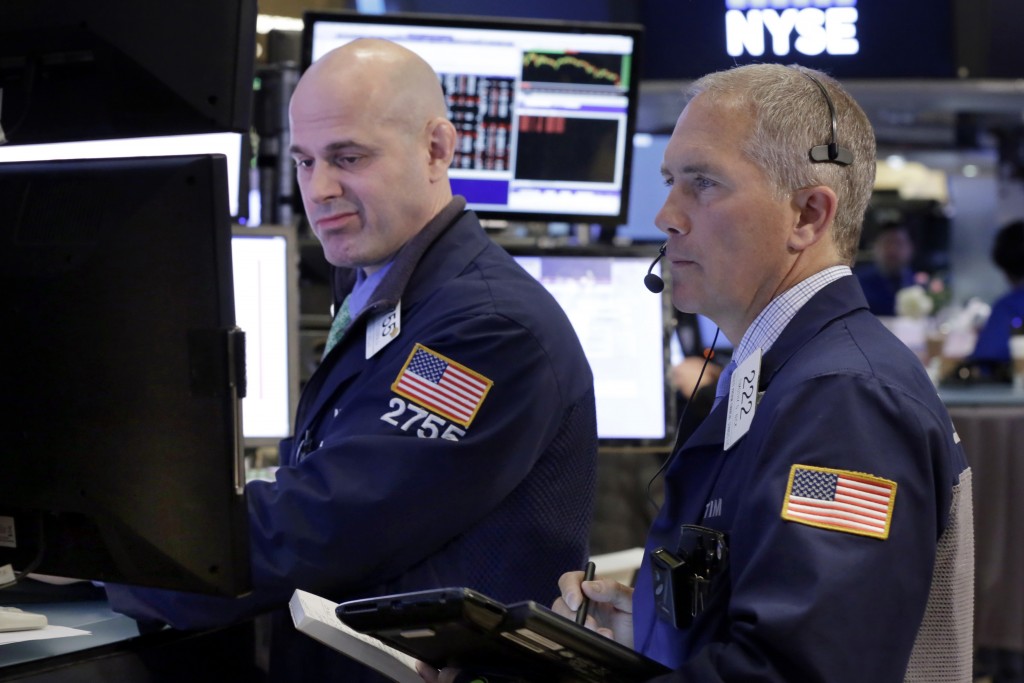 Steep losses in financial, technology and other companies sent U.S. stocks sharply lower in midday trading Monday. The decline followed drops in Europe and set the market on course for its second big loss in a row. Crude oil prices slumped again.

THE QUOTE: “Traders are worried that the financial market weakness that we’re experiencing is going to lead to weakness in the real economy,” said Jim McDonald, chief investment strategist at Northern Trust Wealth Management.

TURBULENT MARKET: Several factors have investors in a selling mood this year, including falling crude oil prices and the economic slowdown in China and elsewhere. Traders will be monitoring several big company earnings this week to see what management teams say about their prospects for future earnings.

SHARED PAIN: Credit Suisse Group AG slid 5 percent on news that the bank’s new CEO has asked for his bonus to be cut following a report of a huge fourth-quarter loss and plans for 4,000 job cuts. The stock shed 75 cents to $14.20.

ROUGH QUARTER: Cognizant Technology Solutions sank 6.8 percent after forecasting earnings and revenue that were well below what analysts were expecting. The stock shed $3.98 to $54.56.

IN TROUBLE: Harman International Industries was down 4.8 percent on news that a former executive at the car audio and video systems’ maker has been charged with insider trading by federal prosecutors. The stock lost $3.40 to $67.29.

GOING PRIVATE: Apollo Education Group vaulted 24.5 percent after agreeing to be acquired by a consortium led by investment firm The Vistria Group. The firm aims to take the for-profit college operator private. The stock gained $1.70 to $8.65.