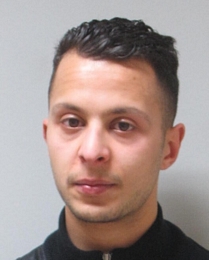 An investigation has been launched by Belgian police after a witness said he saw Salah Abdeslam, who is wanted in the Paris terror attacks, at a train station, reported the U.K. Telegraph.

An unidentified witness contacted police and claimed to have seen Abdeslam at a train station in the town of Genk. Police searched the train station, the surrounding neighborhood, and the train that had left the Genk station soon after police had arrived, but did not find Abdeslam.

Smeyers said police are taking the sighting incident seriously and do not believe that it was a hoax: “We know this person is reliable and they were really convinced that they saw [Abdeslam].”

Police have been hunting for Abdeslam, a 26-year-old Belgian-born French national, since shortly after the November 13 terror attacks that killed 130 people in Paris and its suburb of Saint-Denis. On the morning after the attacks, Abdeslam and several alleged accomplices were driving from France to Belgium when their car was stopped by police, who mistakenly let them go. Abdeslam has been on the run ever since. Police say he is highly dangerous. Anyone who sees him should not try to approach him but should notify police immediately.