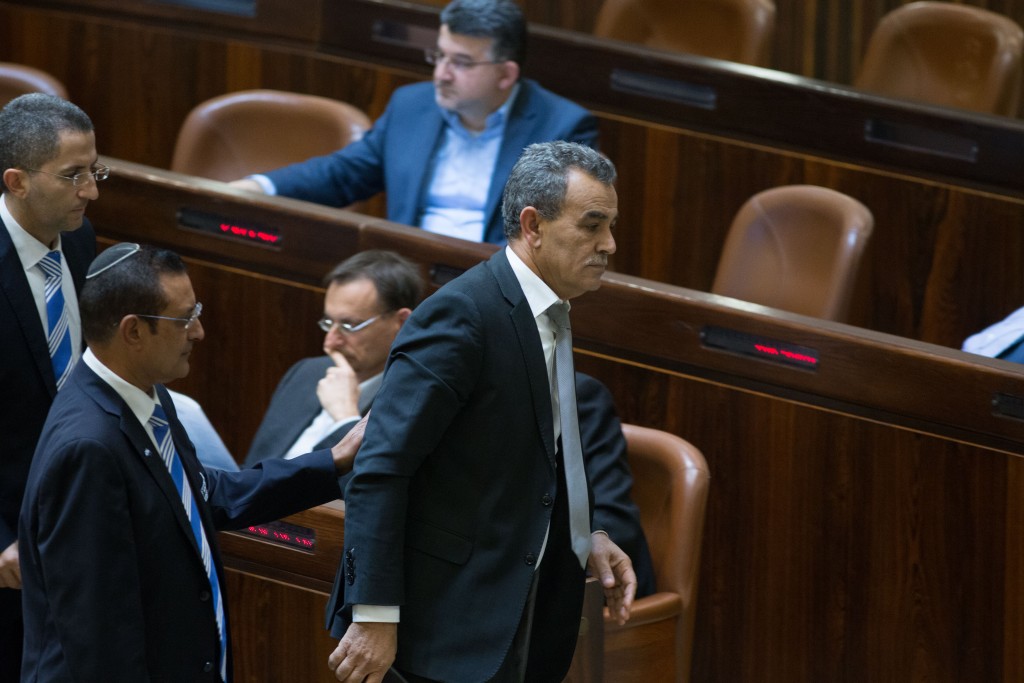 Israel’s government is promoting legislation to ban three Arab lawmakers who met with families of Palestinians who carried out deadly terror attacks.

The Arab parliamentarians, Hanin Zoabi, Basel Ghattas and Jamal Zahalka, met the families last week to help lobby for the release of some of their relatives’ bodies. They then reportedly held a moment of silence to honor the “martyrs.”

Prime Minister Benjamin Netanyahu lashed out at them in the Knesset, saying they had crossed every acceptable boundary in a democratic country. Netanyahu compared their actions to British parliamentarians standing at attention for Jihadi John or members of the American Congress honoring the San Bernardino attackers.

Netanyahu said, “We won’t accept it and we will act against it.”