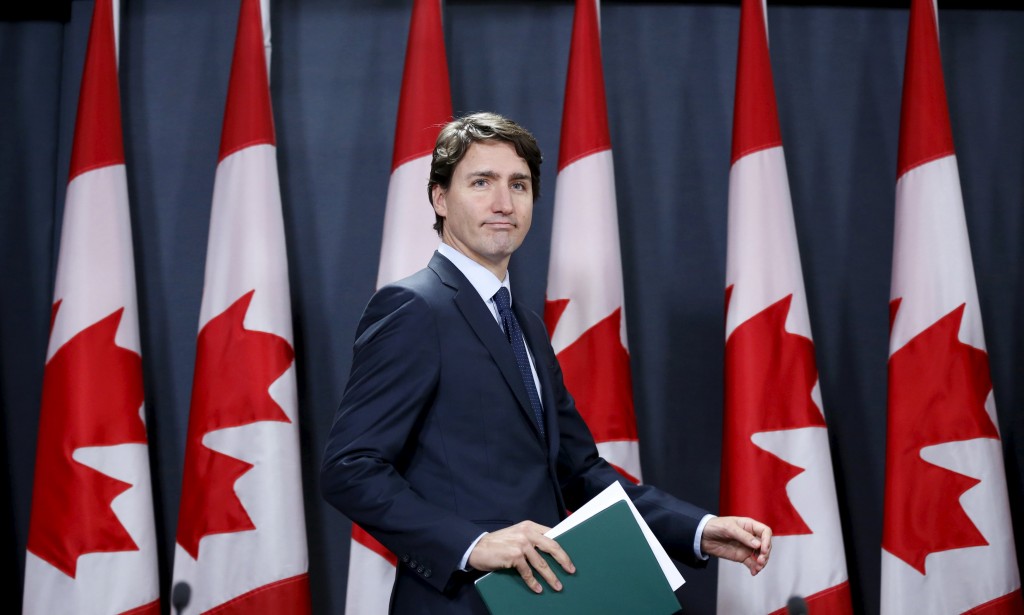 Canadian Prime Minister Justin Trudeau said on Monday Canada would pull out six jets that have been bombing targets in Iraq and Syria, ending Canada’s controversial combat role in the effort against Islamic State.

Trudeau’s Liberals won an election last October promising to pull the jets out but had been under pressure from allies unhappy with the decision. Bombing had begun in April 2015 under the previous Conservative government.

“In any mission, you need to make choices. We can’t do everything. In our decision, we were guided by our desire to do what we could do best to help in the region and to do it in the right way,” Trudeau said during a news conference.

“The people terrorized by ISIL (Islamic State) every day don’t need our vengeance, they need our help.”

Canada will end its bombing missions by Feb. 22 but keep two surveillance planes in the region as well as refueling aircraft, and triple the number of soldiers training Kurdish troops in northern Iraq to about 200, from about 70 currently, the government said.

Canada’s decision came as the Syrian army advanced towards the Turkish border on Monday in a major offensive backed by Russia and Iran in one of the biggest shifts in momentum of the war, helping torpedo the first peace talks for two years, which collapsed last week before they had begun in earnest.

Trudeau said the new military mission would be engaged for at least two years, after which it would be re-evaluated. He said Canada’s experience in Afghanistan showed that the best way to promote long-term stability is to help local people fight to get their territory back.

Canadians’ appetite for foreign military missions has dropped after 10 years of involvement in Afghanistan that ended in 2011, during which 158 soldiers were killed.

Last March, one Canadian soldier was killed and three others were injured in a friendly fire incident in Iraq.

Public opinion polls show Canadians are sharply divided over the role of the country’s military in the fight against Islamic State. A source with direct knowledge of the diplomatic talks told Reuters last week that the United States, Britain and France were impatient with Ottawa over how long it has taken Trudeau to clarify Canada’s combat role.