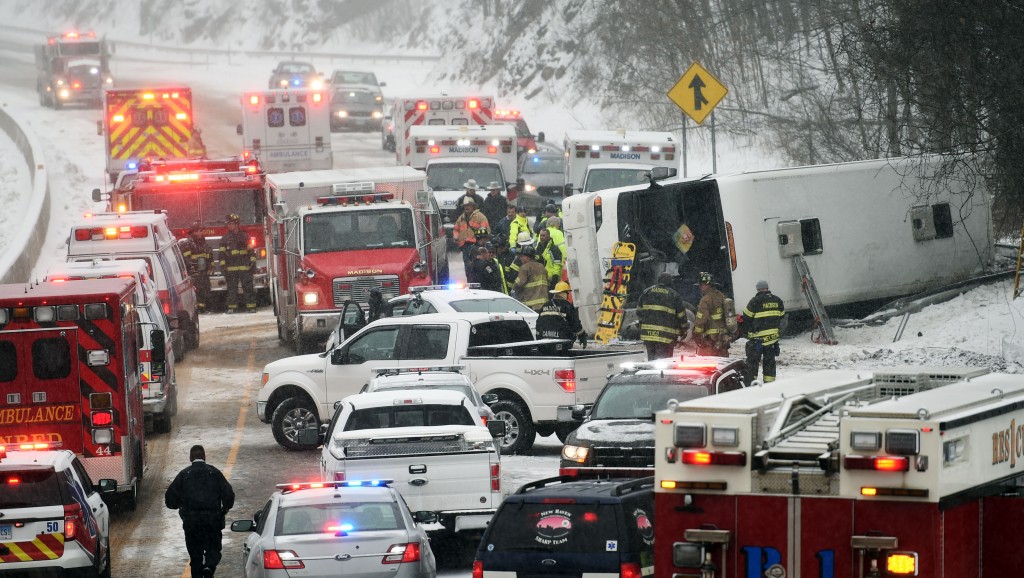 A charter bus accident has left at least 30 people injured, several critically, and closed the northbound side of Interstate 95 in Madison.

The state Department of Transportation says the accident happened around 12:30 p.m. Monday just beyond exit 61.

A Yale-New Haven Hospital spokesman says hospital officials were told to expect 30 patients, six of whom were listed in critical condition.

State police say there were 55 passengers on the Dahlia tour bus. The uninjured were being taken to a nearby warming center.

Video from near the scene showed the bus on its side off the right shoulder of the highway surrounded by numerous emergency vehicles.

The accident occurred during a snowstorm that was expected to drop up to a foot of snow on parts of the state.