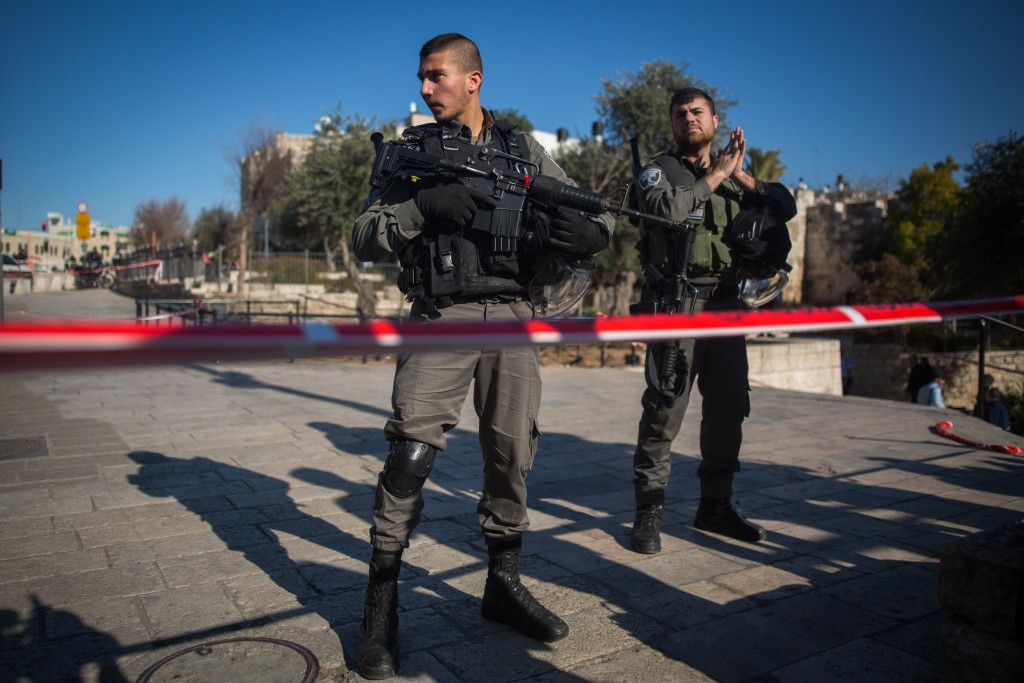 Prosecutors in Yerushalayim on Sunday handed down an indictment of an Arab youth from Shuafat who was caught last week on his way to carry out a terror attack, Army Radio reported. The 15-year-old had left his home and planned to “stab Jews in the Old City,” he told interrogators.

According to the indictment, the teenage terrorist left home with a large knife hidden in his clothing. Police officers who saw him demanded to search him and they found the knife. He has been charged with attempted murder and carrying an illegal weapon.

One detainee, a resident of the village of A-Ram near Yerushalayim, was arrested after a search of his home yielded several weapons, including ammunition, guns, and other materials. Security officials were acting on intelligence supplied to them about the suspect. He was taken in for questioning, officials said.

Meanwhile, a stabber who lightly injured an IDF soldier Sunday morning outside the Ashkelon Central Bus Station, was identified as an illegal Sudanese immigrant named Kamel Hassan. After the attack, Hassan managed to get away. Initial reports said that he grabbed the soldier’s weapon and ran away, but that turned out to be incorrect.

Police, soldiers and a large number of passerby, many of whom had weapons, chased after the terrorist, who had run into a residential neighborhood near the bus station. Cornering him, a police officer opened fire, injuring him critically.The soldier was treated on the spot and taken to Barzilai Hospital for treatment. The terrorist was taken to Barzilai Hospital for treatment as well. Thirty-two-year-old Hassan later died of his wounds.

Although the stabber was a Sudanese foreign national, police still believe the attack to be politically motivated. If that motive is confirmed, it would be the first such attack by a foreigner during this four-month-old surge of Palestinian street violence.