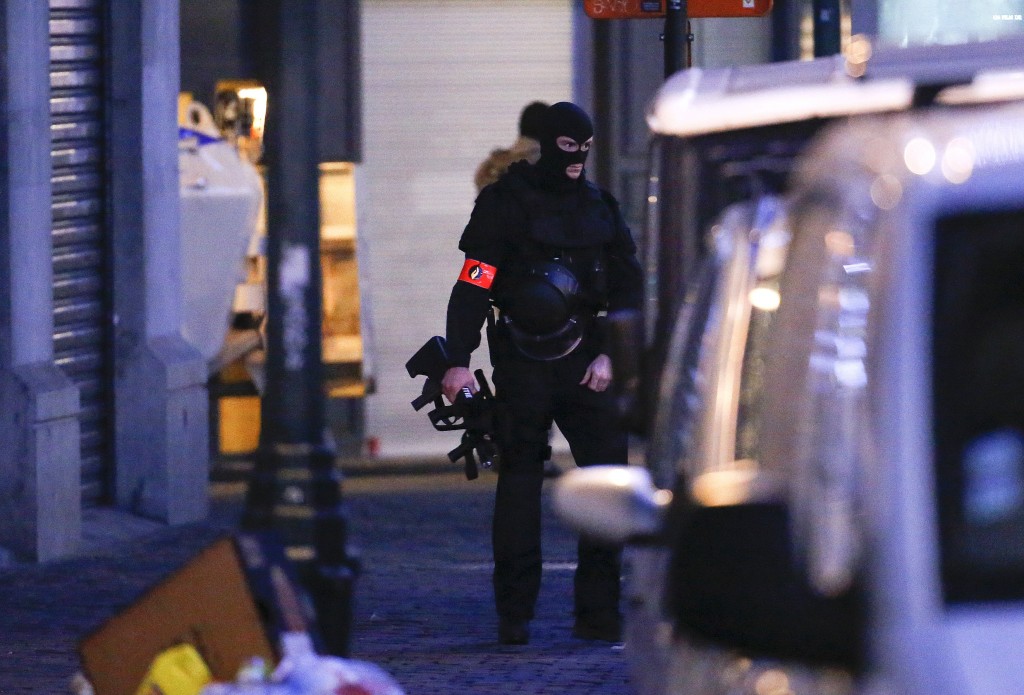 The Belgian who led the Nov. 13 terror attacks on Paris bragged that he slipped into France with a group of 90 terrorists from Europe and the Middle East, according to testimony from the woman who tipped police to his location.

In an interview aired Thursday by RMC channel and confirmed by her lawyer, the woman identified only as Sonia said Abdelhamid Abaaoud was proud of the attack that killed 130 people.

The 42-year-old woman was with Abaaoud’s female cousin on Nov. 15 when the younger woman got a call from a Belgian number. It was Abaaoud, asking for a hideout.

The two women drove to a deserted industrial road outside Paris and Abaaoud came out of a bush. It was at that moment she realized who he was, according to her testimony. What followed is Abaaoud’s only known conversation about the attacks and their aftermath – with a woman so horrified and angered by the bloodshed that she challenged him repeatedly.

She said the Islamic State terror group commander told her he had entered France without documents, among a group of 90 terrorists that had scattered around the Paris region. She accused him of killing innocent people, which he denied, and challenged the deaths of Muslims that night. Those, she said, he described as “collateral damage.”

“He was proud of himself. That was the worst,” she said. “He appeared to fear no one, a superman. He talked about it as though he was shopping and had gotten a bargain on a box of detergent.”

She asked him whether he had come in with Syrian refugees and he told her he came in a group without any documents. “There are Syrians, Iraqis, French, Germans, British. We came in a group of 90 and we’re a little bit everywhere around Paris.”

She asked him why he needed the help of his cousin, her friend Hasna Ait Boulahcen, who ultimately died in the Saint-Denis apartment with him and another of the terrorists who attacked customers at restaurants in central Paris.

“He told me no, they left a lot of traces and they’ll be identified quickly. And that it’s not over,” she said. His description of the triple suicide bombings at the French national stadium, which claimed only one victim amid a night of carnage: “The exact words of his response were: ‘There were some failures. I am here to make sure that there will be no more.'”

At that point, Abaaoud told Ait Boulahcen to find a hideout, buy a pair of business suits for him and his accomplice and return without wearing the full Islamic dress. As the two women drove away, the Belgian number rang again, this time threatening Sonia if she spoke.

As soon as Ait Boulahcen left her apartment the next morning – Monday, Nov. 16 – Sonia called police and got a response instead from the top intelligence services. All that evening, she tried to persuade the younger woman to abandon her cousin, who she said planned an attack that Thursday on a nursery school, a shopping mall and a police station in the La Defense business district. Finally, the younger woman gave her the address where she was going to hide Abaaoud.

“She’s not a victim of terrorism. She chose to help her cousin, which means he was stronger than me,” she told RMC.

Sonia’s lawyer said she came forward because she felt ill protected by France.

“She is in a state of permanent fear,” Patrick Baudouin told The Associated Press. He wants a new identity for her – until now, he said, she has simply been advised to revert to her maiden name.

French Interior Minister Bernard Cazeneuve said she was under protection.

“My responsibility is to avoid risking this person’s life,” he told Europe 1 radio. But the French magazine Le Point said investigators themselves had already left her vulnerable, by revealing her name and her role during the interrogations of people linked to the Saint Denis hideout.

Baudouin said in any event the government did far too little to protect witnesses.

“We do not have witness protection in France,” Baudouin said. “My fight is larger, so that the public understands the need to protect these witnesses, so any future potential witnesses are not dissuaded from coming forward when they decide it’s too risky. It is important for the future.”