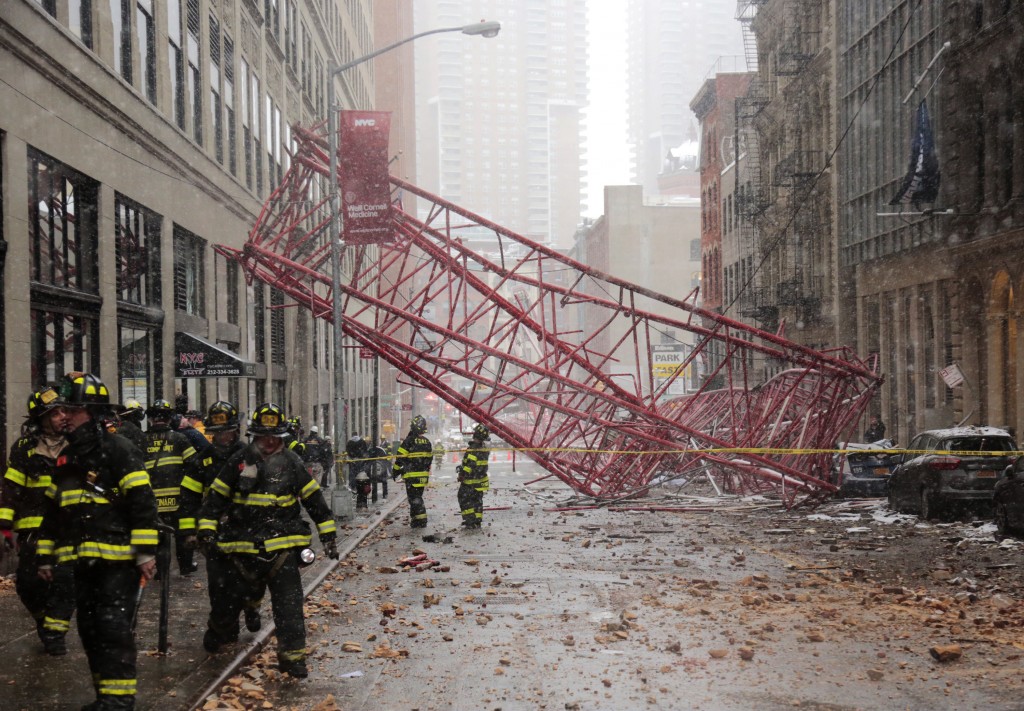 A 38-year-old male died, and three other people were injured, when a crane collapsed in Lower Manhattan, smashing the roofs of parked cars as it crashed onto the street, authorities said.

The victim who was killed was identified as David Wichs, z”l , an Orthodox Jew living in the Upper West Side.

The collapsed red metal lattice landed across an intersection and stretched much of a block after the accident, which occurred around 8:25 a.m. at Worth Street and Church Street in the Tribeca neighborhood, about 10 blocks north of the World Trade Center. There was damage on the roof of a nearby building and debris littered the street.

“It was right outside my window,” said Robert Harold, who works at the Legal Aid Society. “It was a crashing sound. You could feel the vibration in the building. I looked out the window and saw it lying in the street.”

Church Street was blocked off for at least 3 blocks and nearby buildings were evacuated. Officers told people arriving for work that they should go home.

De Blasio said that there have been gas leaks as the result of the crane collapse, and that gas has therefore been shut off in buildings around the area of the collapse. Fire Department and Con Edison crews have been sweeping the area every 15 minutes to make sure it’s safe.

De Blasio said that the person killed had been sitting in a parked car. Among the three injured, two are in serious condition and another person has minor injuries, but none of the injuries appear to be life-threatening, said the mayor.