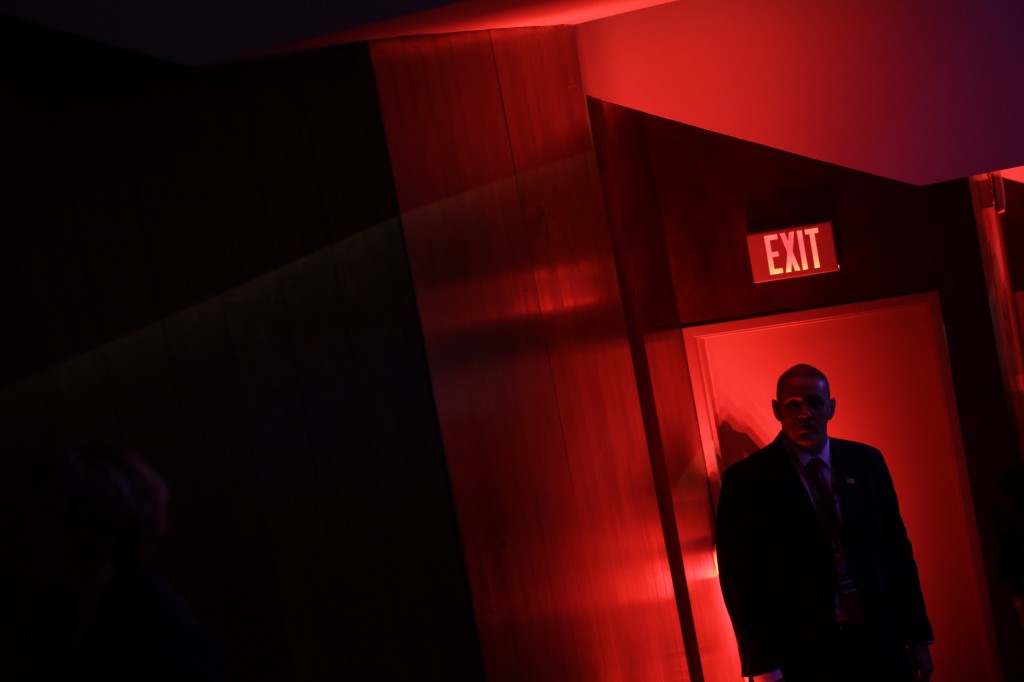 Hillary Clinton has been here before, watching a political rival generate youthful enthusiasm with lofty proposals she believes are going unchallenged. So on Thursday, she took matters into her own hands.

In the first head-to-head debate between Clinton and Bernie Sanders, the former secretary of state tried to systematically undermine the Vermont senator’s plans for a government-run health care system, his call for free college tuition and his foreign policy judgment. And she upbraided Sanders for his “artful smear” of the high-dollar speaking fees she received from Wall Street banks and the implication she’s beholden to the financial firms as a result.

“I really don’t think these kinds of attacks by insinuation are worthy of you,” Clinton said to Sanders. “If you have something to say, say it directly.”

Clinton’s fiery performance was a manifestation of the frustration growing inside her campaign for weeks. Her team believes Sanders is getting away with breaking his pledge to avoid negative attacks. And they think he’s not being straight with Americans about the cost of his proposals, particularly his call for a single-payer health care system.

With the attention of a prime-time audience, Clinton set about trying to vet Sanders’ proposals on her own. When it comes to his calls for broader government involvement in domestic programs, Clinton said, “the numbers don’t add up.” On foreign policy, she tried to poke a hole in Sanders’ argument that his vote against the invasion of Iraq is proof that he has the judgment necessary to manage America’s involvement in the turbulent Middle East.

Addressing her own readiness to be president, Clinton said: “I’ve been vetted. There’s hardly anything you don’t know about me.”

While the contest between Clinton and Sanders has grown more heated in recent weeks, Thursday’s debate took the rancor to a new level. It followed Clinton’s narrow victory in the Iowa caucuses and came just days before the primary in New Hampshire, where Sanders has for months maintained a large lead in preference polls.

Clinton’s allies don’t believe her standing is nearly as precarious as it was during this stage of her 2008 primary fight against Barack Obama. They view Sanders as a candidate with narrower appeal, particularly once the primary calendar moves to states with more racially diverse electorates.

But there are enough eerie echoes of that contest eight years ago to spark growing anxiety, as well as a determination to not underestimate Sanders. Even if Clinton believes his proposals are unrealistic, he’s amassing enough campaign cash to keep the race going for months — and potentially enough support among young voters and liberal Democrats to stay competitive in the delegate count.

In Thursday’s debate, Sanders was still finding his way in his new role as a viable presidential candidate. He continued to be more at ease when discussing economic issues and was still searching for a foreign policy argument that holds up next to Clinton.

He reiterated his belief that as president, he could muscle big government programs through a divided Washington, even those that include tax hikes to pay for the costs. And he kept up his intense attacks on the same Wall Street banks from which Clinton accepted speaking fees, casting her decision to take the money as an example of what he sees as the inappropriate blending of politics and big business.

“Wall Street is an entity of unbelievable economic and political power,” Sanders said. “That’s a fact.”

Even as the Democratic contest takes a more acrimonious turn, Clinton is mindful of the fine line she must walk between drawing sharp distinctions with Sanders and not turning off his supporters. She’s still the front-runner for her party’s nomination and will need his voters — particularly the young people flocking to his campaign — in the general election.

In the closing moments of the two-hour debate, Clinton was asked whether she might pick Sanders as her running mate if she becomes the nominee. She demurred — “I think that would be a little presumptuous” — but said Sanders would have a voice in her administration.

“If I’m so fortunate to be the nominee, the first person I will call to talk to about where we go and how we get it done will be Sen. Sanders,” she said.

Sanders, who has his own reputation as an all-about-the-issues candidate at stake if the race devolves into personal attacks, returned the favor. “Sometimes in these campaigns, things get a little bit out of hand. I happen to respect the secretary very much,” he said.