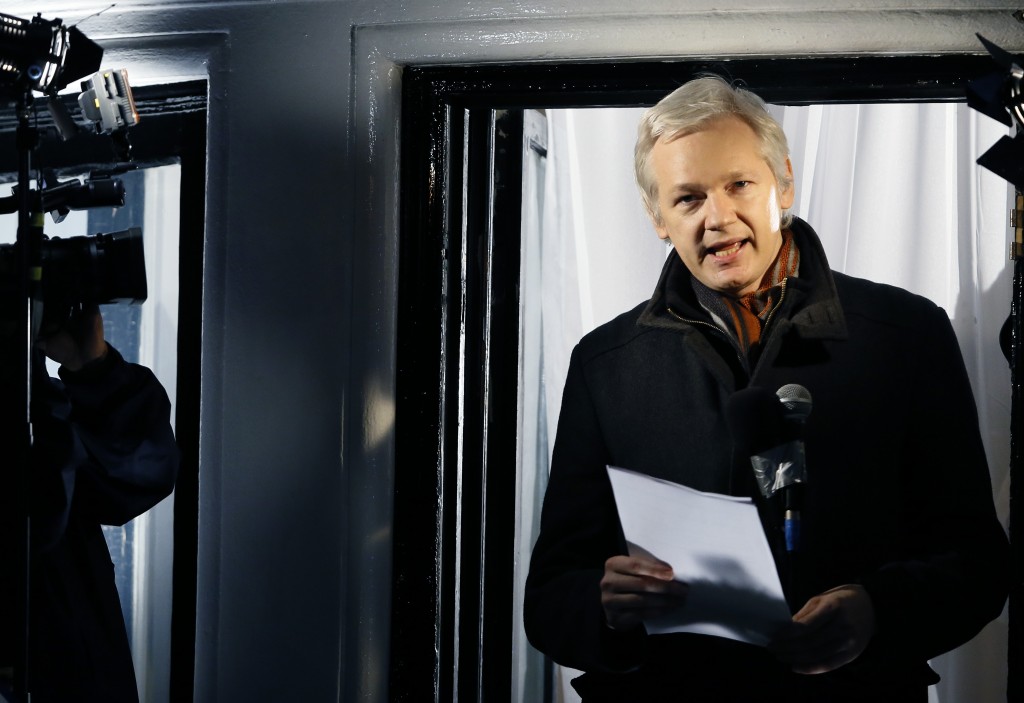 Sweden’s foreign ministry said Thursday that a U.N. advisory panel has concluded that WikiLeaks founder Julian Assange has been a victim of “arbitrary” detention at the Ecuadorean Embassy in London where he sought refuge in 2012.

Sweden has seen the report, to be published Friday, and the Geneva-based U.N. panel concluded that it “was an arbitrary detention,” Foreign Ministry spokeswoman Katarina Byrenius Roslund said.

“It is a different assessment than what the Swedish authorities have made,” Roslund said, declining further comment.

The Working Group on Arbitrary Detention hasn’t revealed its decision, saying it would remain confidential until Friday, said Christophe Peschoux of the U.N. human rights office in Geneva.

A finding in Assange’s favor wouldn’t be binding on authorities in Sweden and Britain, who seek to arrest and question Assange, but it would represent a public relations victory for the 44-year-old WikiLeaks chief.

It could increase pressure on Swedish prosecutors to drop their bid to question Assange about allegations of crimes and on British officials to alter plans to arrest Assange for jumping bail.

Swedish officials wouldn’t comment on their plans Thursday, and British police said plans to arrest Assange if he leaves the Ecuadorean Embassy in London remain unchanged.

He has been in the embassy for more than three years.

The report will be officially released Friday and Assange’s supporters have scheduled a news conference in London for that day to discuss his plans. He has said via Twitter that he expects to have his confiscated passport returned in light of the U.N. report and to be free to travel.

“Should I prevail and the state parties be found to have acted unlawfully, I expect the immediate return of my passport and the termination of further attempts to arrest me,” Assange said on Twitter before the finding was made public in Sweden.

Assange is expected at the news conference, either in person or – more likely – in a video link from his safe haven at the embassy.

One of his lawyers told the Associated Press Thursday he may travel to Ecuador, which has given him political asylum, if he recovers his passport and his liberty.