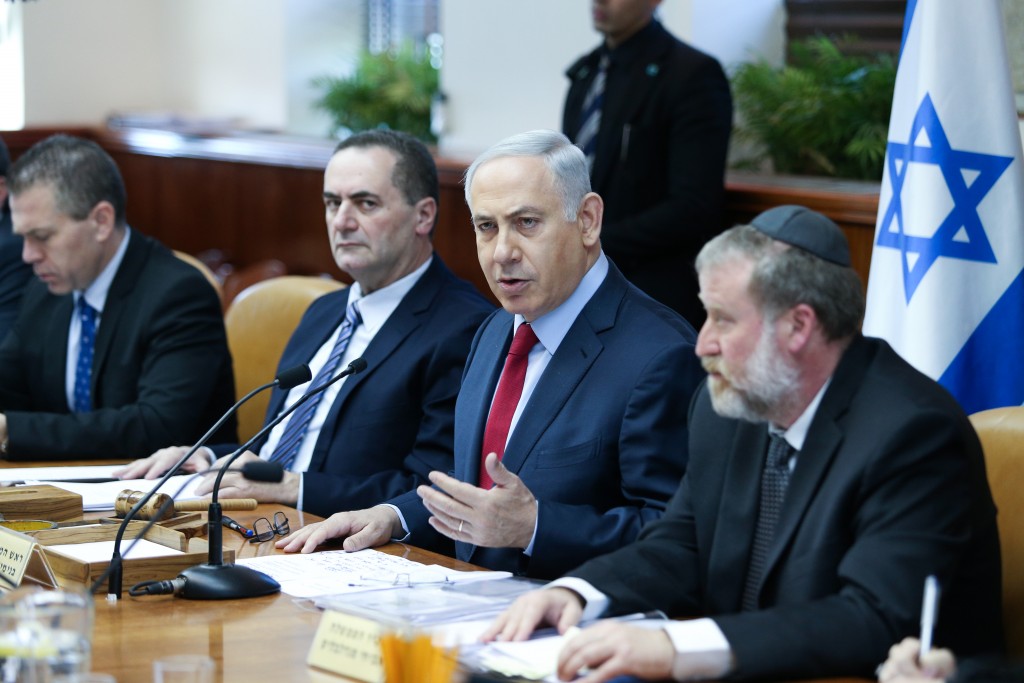 The security cabinet decided in an emergency meeting on Thursday on sweeping measures in response to the rising tide of Palestinian terror:

Travel restrictions have already been set up in Kabatia in the northern Shomron, the home of the three terrorists who carried out the attack at Damascus Gate on Wednesday.

IDF engineers arrived at their homes on Thursday to prepare for demolitions.

On Thursday, work permits were revoked for the family members of the murderers, and closure of Kabatia continued into its second day, preventing residents from leaving or entering the town.

Clashes between security forces and hundreds of Palestinian youths in the town. Tires were burned, firebombs and rocks thrown at the IDF units, who used riot dispersal methods.

According to local sources, seven rioters were injured.

Over the last 24 hours, dozens of incidents were reported in Yehudah and Shomron involving the throwing of rocks and firebombs, attempted car rammings and widespread rioting.

At Gush Etzion Junction, a terrorist attempted to run over Israeli soldiers, but b’chasdei Shamayim, he did not succeed. The driver did succeed in fleeing the scene, however.

Chevron and Har Chevron were also scenes of rioting and attempted terror attacks on Thursday. A civilian vehicle was damaged near Erez Lane in the city. In another incident, terrorists threw stones at a bus of the Chevron development company traveling on Route 60 near Beit Omar. No one was hurt, no damage reported. West of the Halhoul Bridge rocks were thrown at Israeli vehicles. No one was hurt, but windows were broken.

An IDF unit that came under a rock attack fired over their heads, causing them to disperse.

Another scene of violence was in the vicinity of Ramallah, the Binyamin area and Route 443. Three firebombs were hurled at Israeli cares near Givat Assaf. On Route 443, near Ofer Prison, Israeli vehicles came under attack, and some windows were broken. An Israeli bus full of passengers was pelted with rocks between Adam and Chizma. While there were no physical injuries, a number of passengers suffered from shock.

Similar incidents occurred in other parts of the country, as well, in the Tekoa area, on the Yericho road, near Maaleh Amos, near Al Hadar, on the road from Gush Etzion to Chevron, near Karmei Tzur.