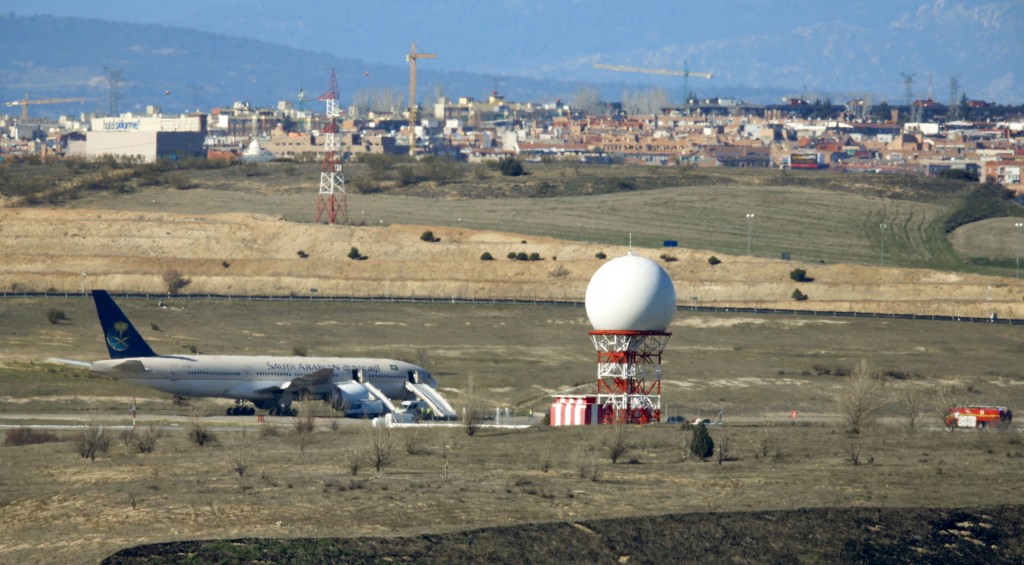 Saudi Arabian Airlines (Saudia), said a bomb scare that grounded its Riyadh-bound flight from Madrid on Thursday was a false alarm.

“It’s just another hoax that all airlines are subjected to,” a Saudia spokesman told Reuters when asked about the incident.

“It’s false but we must do all the necessary precautionary formalities.”

Aena said they had later downgraded the alarm from general to local, meaning the alert would not affect other flights.

El Pais newspaper said the note, with “bomb threat” written in English, was pinned to a baggage compartment in the plane with a knife.

The plane, which was seen at the airport with the inflatable ramps extended and fire crew nearby, was isolated while an investigation was carried out. The investigation found that it was only a hoax.