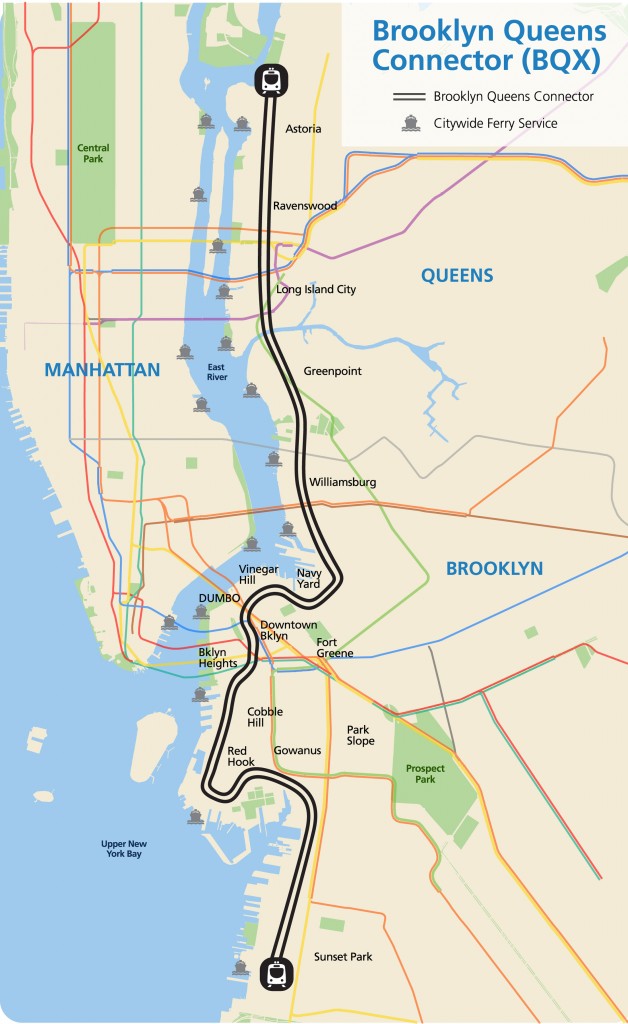 Mayor Bill de Blasio is set to propose a new streetcar system that would connect Brooklyn and Queens.

The ambitious project would run for approximately 16 miles along the waterfront that stretches between the two boroughs.

That area has experienced rapid recent growth but has limited subway service.

Aides confirmed the plan Wednesday, a day ahead of the mayor unveiling the proposal during his annual State of the City address.

The streetcar line is estimated to cost $2.5 billion, less than a new subway line. It is one of de Blasio’s first major infrastructure proposals.

Construction on the new line is estimated to begin in 2019 and it would not be operational until 2024.

The streetcar proposal was first reported by The New York Times.