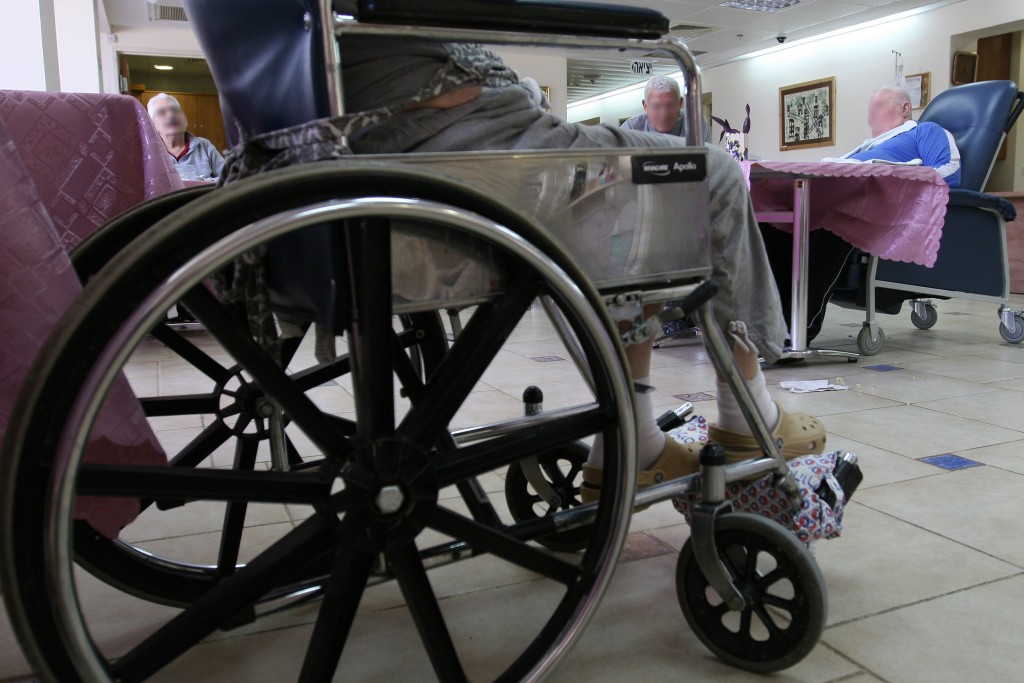 In what has become a ritual of the budget approval process in New York, a broad base of legislators are opposing the governor’s proposal to strike a law that allows for spouses of those in long-term care to protect their assets. Opponents claim that if the allowance is eliminated, thousands of seniors would be driven into poverty by the high costs of nursing facilities, while the governor says that the present arrangement is in violation of federal law.

“People work their whole lives only to be put in a position of losing their entire savings when their spouse has to enter a nursing home. This law is in place to protect our seniors, and to put this vulnerable population at risk is unconscionable,” Assemblywoman Nicole Malliotakis (R-Brooklyn, Staten Island) told Hamodia.

Last Friday, Malliotakis held a press conference together with Assistant Speaker Felix W. Ortiz (D-Brooklyn) and Assemblywoman Pamela Harris (D-Brooklyn) at a nursing home in Bay Ridge to voice “bi-partisan” opposition to the elimination of the law known as Spousal Refusal.

Due to the high costs of long-term nursing care, many seniors throughout the country rely on Medicaid to cover the bulk of their payments to facilities. However, in order to qualify, the individual must fall into a low-income bracket. As such, many are forced to “spend-down” their assets to reach eligibility standards. Spousal Refusal allows for the spouse that is still living independently to separate their finances and “refuse” support, hence protecting his or her assets from being quickly swallowed by nursing home bills.

An official of the state budget office told Hamodia that Governor Cuomo’s call for its elimination is not based on a position about the law itself, but rather that the federal government requires the income of spouses to be counted when determining eligibility for Medicaid. They fear that the state could be heavily penalized for allowing citizens to draw on federal funds based on non-compliance. New York is one of only three states that allow for the practice, the other two being Florida and Connecticut.

Malliotakis said that irrespective of compliance issues, removal of spousal refusal without recourse would be detrimental.

“If the governor wants to eliminate this, he needs to have a plan to deal with the costs of long-term care in New York. To leave seniors without an alternative is irresponsible.”

The fight is hardly a new one. For the past 26 years, sitting governors have attempted to remove spousal refusal in yearly budget presentations, only to be stopped by legislators.

“This goes back to 1980. The federal government is not known for moving slowly when they want money back,” he said. “I suspect some bookkeeper in the budget office is trying to save the state money and they want to do it on the backs of seniors.”

Mr. Farley said that he had not heard talk among legislators of backing the proposal and was confident that it would ultimately be removed as in past years, under pressure from elected officials. He added that each of the 47 states that do not give spouses the option of refusal have different methods of protecting seniors in this regard. For New York, though, resources for assisting independent spouses are limited, as its contribution to Medicaid payments is higher than that of many other states.

He said that Sen. Felder would join the many legislators in both houses who he expected to oppose the governor’s move.

“This is a bad idea that will drive families into bankruptcy,” he said. “The senator stands by his constituents, and when it comes to speculation about something the feds might do one day versus hurting families, the answer is that he will not support it.”

Debate over Governor Cuomo’s budget proposal will take place over the coming months and will be voted on by the end of March.