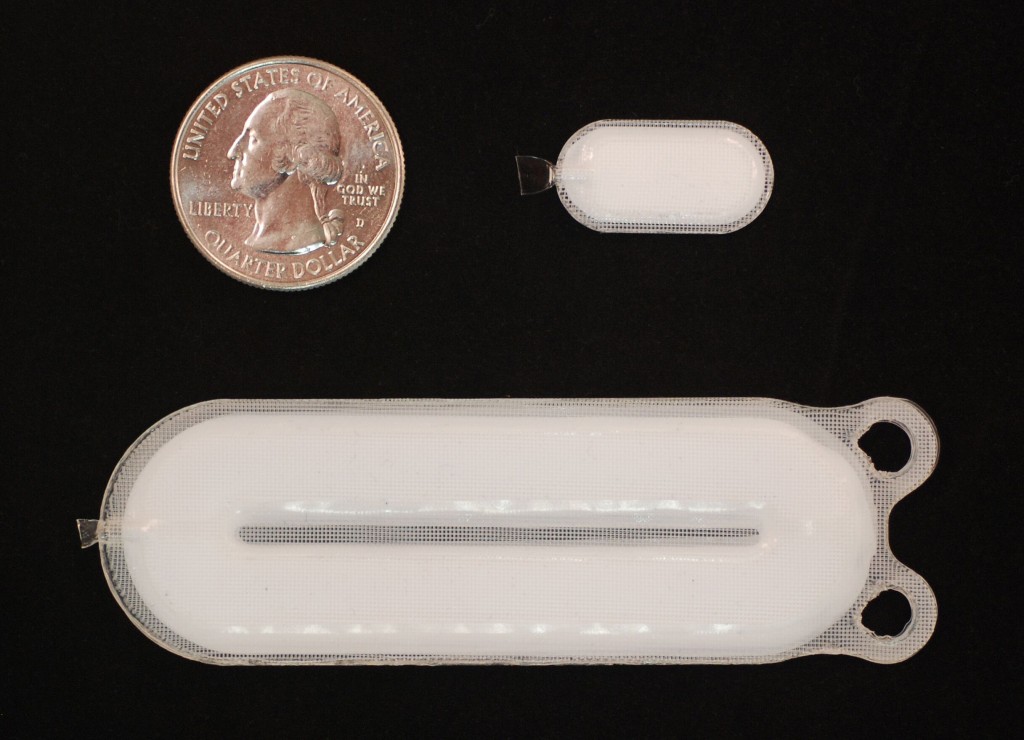 Johnson & Johnson, continuing its long quest for a Type-1 diabetes cure, is joining forces with biotech company ViaCyte to speed development of the first stem cell treatment that could fix the life-threatening hormonal disorder.

They’ve already begun testing it in a small number of diabetic patients. If it works as well in patients as it has in animals, it would amount to a cure, ending the need for frequent insulin injections and blood sugar testing.

ViaCyte and Johnson & Johnson’s Janssen BetaLogics group said Thursday they’ve agreed to combine their knowledge and hundreds of patents on their research under ViaCyte, a longtime J&J partner focused on regenerative medicine.

The therapy involves inducing embryonic stem cells in a lab dish to turn into insulin-producing cells, then putting them inside a small capsule that is implanted under the skin. The capsule protects the cells from the immune system, which otherwise would attack them as invaders – a roadblock that has stymied other research projects.

Researchers at universities and other drug companies also are working toward a diabetes cure, using various strategies. But according to ViaCyte and others, this treatment is the first tested in patients.

If the project succeeds, the product could be available in several years for Type 1 diabetes patients and down the road could also treat insulin-using Type 2 diabetics.

“This one is potentially the real deal,” said Dr. Tom Donner, director of the diabetes center at Johns Hopkins University School of Medicine. “It’s like making a new pancreas that makes all the hormones” needed to control blood sugar.

Donner, who is not involved in the research, said if the device gives patients normal insulin levels, “it’s going to prevent millions of diabetics from getting dangerous complications.”

People with Type 1 diabetes no longer produce insulin, the hormone that converts sugar in the blood into energy, because their immune system has killed off the beta cells in the pancreas. Those cells make insulin in response to rising blood sugar levels after a meal.

Over years, excess sugar in the bloodstream damages blood vessels and organs. Without effective treatment, diabetics suffer severe complications: blindness, kidney failure, heart disease, amputations, even premature death. On the other hand, too much insulin can cause very low blood sugar, which can kill patients, particularly young children.

According to the American Diabetes Association, about 29.1 million Americans have diabetes, including 1.25 million with type 1 diabetes. The number with Type 1, or insulin-dependent, diabetes is growing steadily. Meanwhile, the number with Type 2 diabetes, whose bodies make some insulin but don’t use it efficiently, is increasing exponentially due to the global epidemic of obesity and sedentary lifestyles.

ViaCyte Inc., based in San Diego, has been researching its treatment for a decade, partly with funding from the Juvenile Diabetes Research Fund and the California Institute for Regenerative Medicine.

Johnson & Johnson, based in New Brunswick, New Jersey, is a major ViaCyte investor and has been conducting parallel research for about 13 years, said Diego Miralles, J&J’s head of global innovation.

“We wanted to hedge our bets to make sure we would win in this space … that is so transformational,” Miralles said.

He wouldn’t disclose financial terms of the deal with ViaCyte.

The privately held company began the first round of patient testing a year ago, implanting its product, dubbed VC-01, in a dozen people with Type 1 diabetes, said Paul Laikind, ViaCyte’s CEO and president. They received a small dose of insulin-producing cells inside their devices and are being closely monitored for two years to see insulin production and other effects.

After 12 weeks, the device had properly attached to nearby blood vessels, their new insulin-producing cells were still multiplying and no side effects were seen. Another dozen planned patients will soon get the same cell dose in capsules to be implanted in them.

If that goes well, in the next round of testing a few dozen patients will get devices holding a full dose of the cells implanted, likely in the second half of this year. Further testing may be needed before the product can be approved by regulators.

“We do believe that it will need to be replaced periodically,” Laikind said.

Earlier testing in thousands of mice over years showed the lab-created insulin-producing cells matured and produced the needed hormone inside the mice for as long as they lived, about a year, noted Laikind.

Because of the protective capsule, which is flattish and smaller than a business card, if something goes awry, the capsule can be removed immediately to prevent patient harm.

Dr. Betul Hatipoglu, an endocrinologist at Cleveland Clinic, wrote in an email that preliminary results on the device are promising.

“More research is needed to continue to understand its impact,” she wrote, adding that researchers must fine tune the device and determine whether there are any unforeseen safety issues.