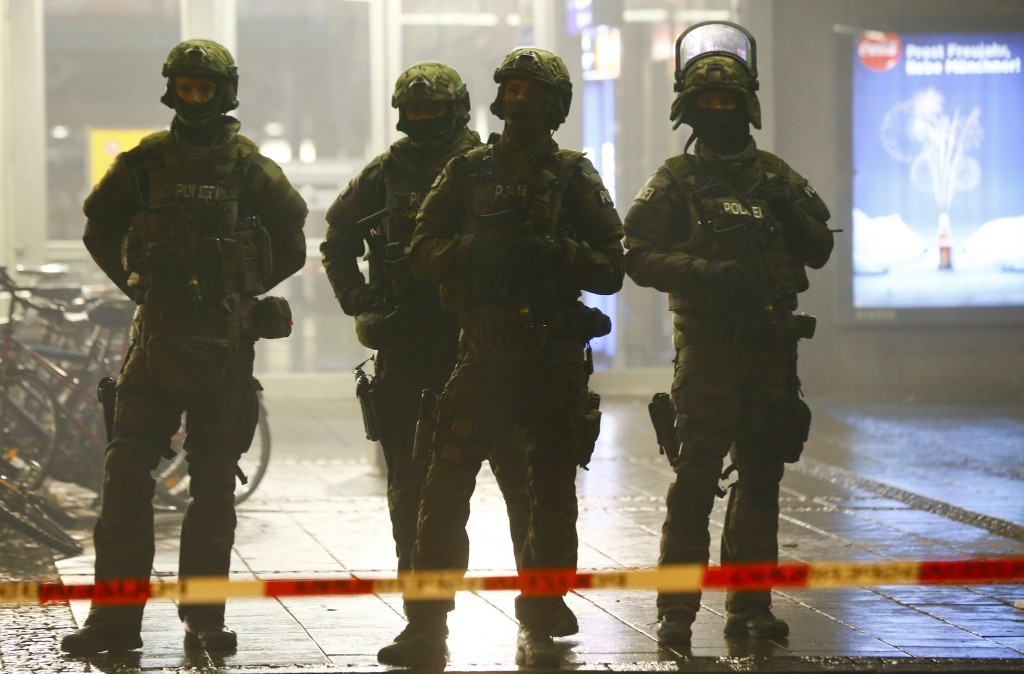 German police conducted raids in Berlin and other parts of northern Germany on Thursday in a search for four men suspected of links to Islamic State terrorists and possibly preparing an attack in Germany, police said.

Daily newspaper Bild said there were indications that the suspects may have planned to attack Alexanderplatz, a busy transport hub in central Berlin close to a media tower, a top tourist attraction and Germany’s tallest building.

Citing an investigator, Bild said that two of the suspects had apparently recently worked at Alexanderplatz to gather information about the possible target for attack.

Berlin state prosecutors declined to comment on the report. Berlin police were not immediately available for comment.

In close cooperation with the domestic intelligence agency, police arrested two men and one woman on existing warrants related to other matters, they said. German media reported that those arrested were Islamists.

Fears about an attack on German soil have risen since deadly bombings and shootings in Paris in November.

Thursday’s raids, carried out in part by special forces, took place on four flats and two offices in Berlin and also in properties in North Rhine-Westphalia and Lower Saxony. Police seized computers, mobile telephones and sketches.

One of the suspects is wanted by Algerian authorities, who believe he is a member of Islamic State, said the Berlin police. He is suspected of having military training in Syria.

Police in Dortmund said they had conducted an operation in the small town of Attendorn in North Rhine-Westphalia but a spokesman declined to give further details. German media reported police as saying that the main suspect was arrested in a shelter for migrants in Attendorn.

German authorities have repeatedly warned of the threat of attacks. They cancelled a friendly international sports match in Hanover last year and closed stations in Munich at the beginning of the civil year due to security concerns.