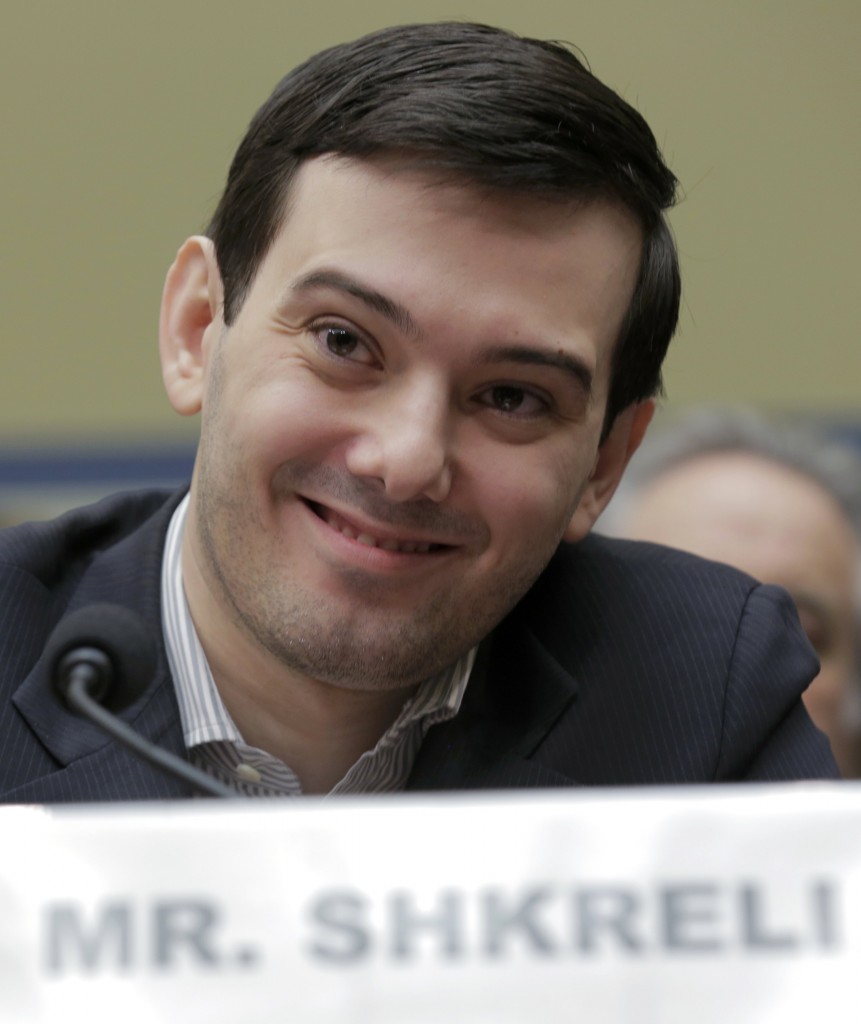 Infuriating members of Congress, a smirking Martin Shkreli took the Fifth at a Capitol Hill hearing Thursday when asked about his jacking up of drug prices, then promptly went on Twitter and insulted his questioners as “imbeciles.”

The brash, 32-year-old entrepreneur who has been vilified as the new face of pharmaceutical-industry greed was summoned by the House Oversight and Government Reform Committee, which is investigating soaring prices for critical medicines.

Four times, he intoned: “On the advice of counsel, I invoke my Fifth Amendment privilege against self-incrimination and respectfully decline to answer your question.”

Lawmakers erupted. Rep. Elijah Cummings of Maryland, the top Democrat on the committee, all but told Shkreli to wipe the smile off his face.

“I call this money blood money … coming out of the pockets of hardworking Americans,” he said as Shkreli sat through the lecture.

The former hedge fund manager has been reviled in recent months for buying Daraprim, the only approved drug for a rare and sometimes deadly parasitic infection, and unapologetically raising its price more than fiftyfold.

Shkreli is out on $5 million bail after being arrested in New York in December on securities-fraud charges unrelated to the price increase.

Shkreli was dismissed less than an hour into the hearing, but not before chairman Rep. Jason Chaffetz (R-Utah) shouted down a request by Shkreli’s attorney to speak. Lawmakers instead took turns denouncing his conduct and attitude.

Shkreli’s attorney Benjamin Brafman later said in his defense: “He meant no disrespect, but in truth, statements made by some of the members of the committee were wrong, unfair and difficult to listen to without responding.”