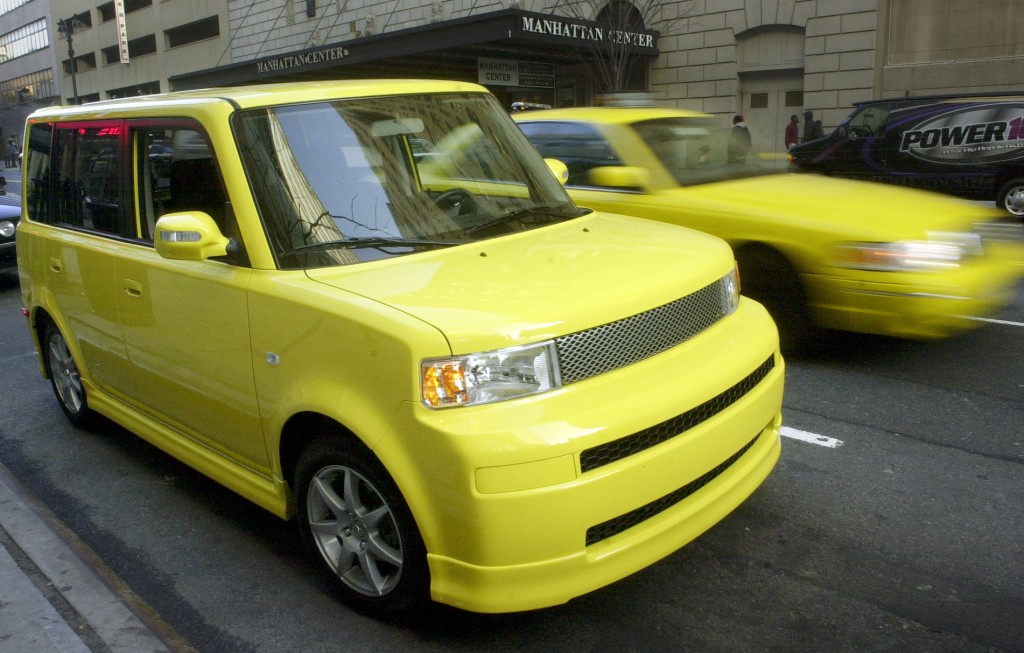 Toyota is killing its Scion brand after years of slumping sales.

Beginning in August, 2017 model-year Scion vehicles will be rebadged as Toyotas. The FR-S sports car, iA sedan and iM 5-door hatchback will be a part of the Toyota line-up. So will the C-HR, a small SUV concept that debuted in November, if Toyota decides to make it. The tC coupe will have a final release series edition and end production in August, according to Toyota Motor Corp.

Scion was formed in 2003 to attract younger buyers. It was known for its funky designs, like the boxy xB, and was the brand Toyota used when it wanted to experiment with new kinds of marketing, like pop-up test drives at the mall, or no-haggle pricing.

Next came the Millennials. For a while, that generation delayed car buying because they were underemployed and had too much student debt. But when they did buy, they liked their parents’ brands and wanted Toyotas, too.

“For those buyers, frankly speaking, Toyota as a brand is more aspirational than Scion was,” Carter said.

There were other issues. Scion’s small, oddball lineup never connected with buyers and cost a bit more, since features like touchscreens that were optional on other cars came standard on Scions. Scion’s best-seller, the tC coupe, starts at $21,330, or $2,600 more than a Honda Civic. Scion also doesn’t have any SUVs, which are rapidly becoming the most popular style of vehicle in the U.S.

Toyota says it achieved what it had hoped with the Scion, including attracting younger buyers. Half of the 1 million Scions sold were bought by people under 35, Carter said, and 70 percent were new to the Toyota family.

Carter said the company will bring some of its experiments at Scion to its other brands. The Toyota Care maintenance program, which provides two years of free maintenance, originated with Scion, he said. Lexus is currently running a no-haggle pricing pilot borrowed from Scion, and Toyota will soon offer an express purchase program. Scion taught Toyota that consumers want transparent pricing and want to spend less time buying.

Toyota’s decision will have minimal impact on dealers and owners. Scion, which is only sold in the U.S., Canada and Puerto Rico, has no stand-alone dealerships. The brand is sold through 1,004 Toyota dealerships, which will continue to service the cars.

It’s not unusual for automakers to kill a brand or pull it out of a particular market. Ford Motor Co. killed its Mercury brand in 2010, and multiple brands, like Izusu and Renault, have left the U.S. market. But Kelley Blue Book senior analyst Karl Brauer said this is the first time a U.S.-specific brand launched by a Japanese manufacturer has been killed.

Brauer says Scion was a victim of the success of the Toyota brand. The Toyota Camry sedan has been the best-selling car in the U.S. for 14 years, and the brand has a full lineup that appeals to Millennials and Baby boomers alike.

Those brands differentiated themselves from their parent brands more than Scion ever did, he said.