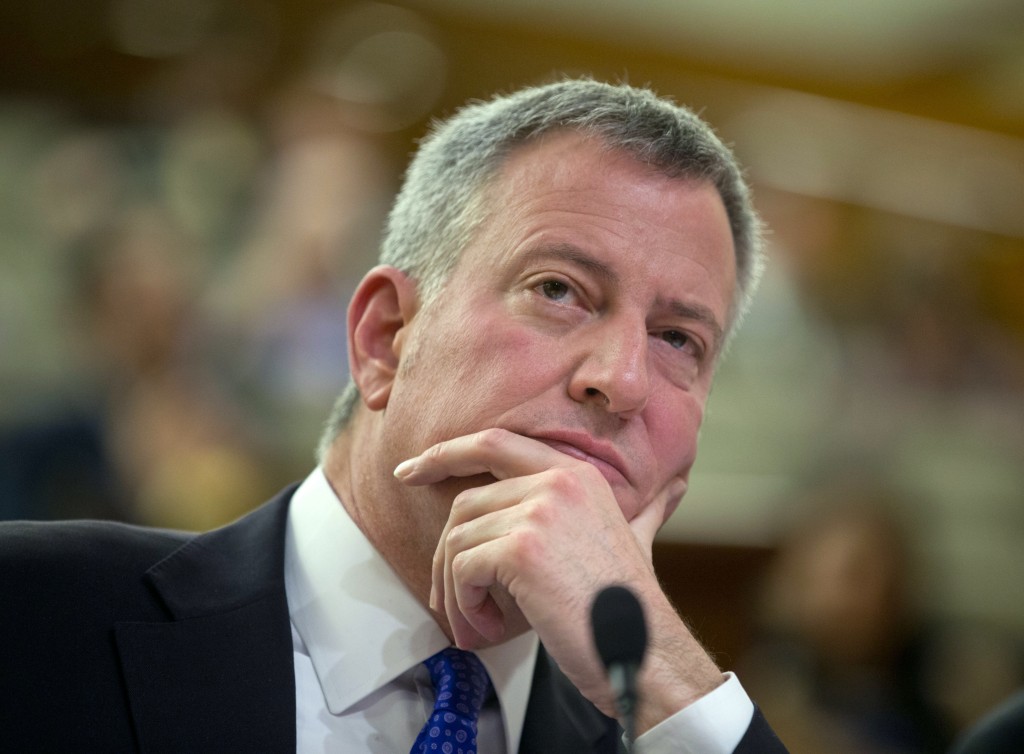 New York City Mayor Bill de Blasio denied he was micromanaging his image last year when his lawyers issued a sweeping mandate to review all public records requests that could “reflect directly on the mayor.”

But the first batch of more than 50 requests forwarded to City Hall, and obtained by The Associated Press, reveal many in which the “sensitivity or controversy” for the mayor’s office is tenuous at best. Some are downright innocuous.

– A Queens man seeking records about his now-deceased grandfather, who was a city employee more than five decades ago.

– A German graduate student’s request for an interview about open government in New York City. That request was never answered.

“In so many instances, what some perceive to be sensitive may in fact be absolutely routine,” said Robert Freeman, executive director of the state Committee on Open Government and a leading expert on the state’s Freedom of Information Law, known as FOIL.

De Blasio, who promised to run the most transparent administration in city history, has insisted that his administration’s May 2015 order that agency lawyers send certain requests to City Hall was intended to instill uniformity and timeliness into FOIL responses. Among the criteria were requests made to multiple agencies or those that “due to their level of attention, sensitivity or controversy could result in questions for City Hall.”

The AP filed a FOIL request for the first four months’ worth of records requests that were forwarded to City Hall. Mayoral lawyers initially denied the request but released them after the AP appealed. It’s not known how many overall requests were filed citywide in that time period, but with 60 city agencies, the number could be in the hundreds.

Of the 54 requests, AP was able to contact two-thirds of the requesters, and found most received at least some of the records they wanted within an average of 6.5 months. At least five still haven’t received any responsive records. By law, agencies are required to respond to requests within 20 business days after receiving them, even if only to say that they’ll need more time.

Some that have gone unanswered include a request by a retired public school teacher seeking Department of Education records about a July meeting between de Blasio and union officials at a Brooklyn school; an investigative reporter’s request for emails between Department of Education officials and Chelsea Clinton; and a request by a Queens city councilman for records related to a secure living facility to be built in his district.

Transparency advocates and good government groups have warned that the policy could lead to delays in releasing records – a criticism both President Barack Obama and New York Gov. Andrew Cuomo have faced after instituting similar policies.

City agencies handle FOIL requests independently and do so as quickly as possible, a de Blasio spokesman said, adding that the mayor’s office has responded to more than 600 of about 800 FOIL requests since taking office two years ago.

“The mayor’s office is committed to an expeditious and transparent FOIL process,” said Peter Kadushin. “Some requests appear routine because agencies typically forward FOILs requesting records that may have City Hall staff on them or appear as if the request was sent to multiple agencies.”

Many of the apparently controversial requests reviewed by City Hall concern issues that have indeed proved contentious for the de Blasio administration. They include requests for records about the outbreak of Legionnaires’ disease, administration emails about Uber and a request by the jail guards’ union for a copy of the health care contract for Rikers Island inmates.

A Princeton graduate student studying the link between pay and police behavior received years of New York Police Department payroll data weeks after his request was screened by City Hall.

“My guess would have been that it’s because of the police, just because that’s really contentious right now,” said Felipe Goncalves. “I think right now they are worried about press.”