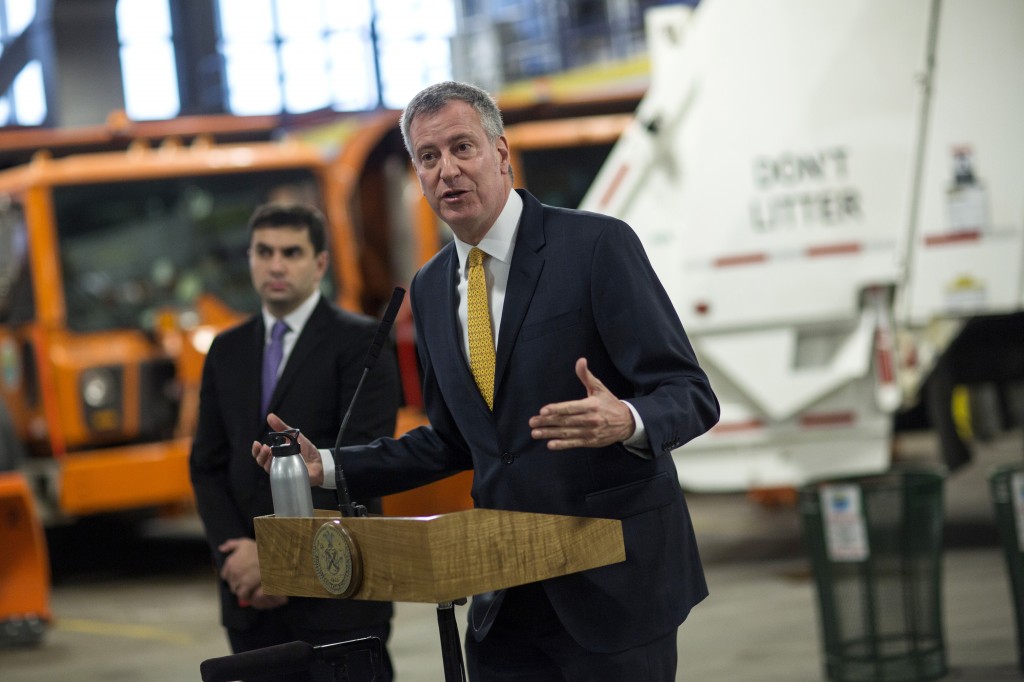 The program will step up anti-graffiti efforts, increase power-washing of sidewalks in busy commercial areas such as Boro Park’s Church Avenue, and bolster anti-litter efforts along the city’s highways and on ramps. The $6.7 million plan, dubbed CleaNYC, will increase the frequency of public trash collections on Sundays and holidays.